Martin O’Neill named a 33-man provisional squad for the upcoming games against Georgia and Moldova, but it was the absence of certain names that dictated this morning’s conversation at the Aviva Stadium press conference.

The manager has spoken before about his eagerness to introduce new players into his squad, and it would appear that O’Neill has been out window shopping in the Brentford area of west London, with ace goalscorer Scott Hogan topping his wish list.

English-born Hogan qualifies for the Republic of Ireland through his Irish-born grandparents, and the striker has lit up the Championship this season with a string of goals for Brentford, who currently lie sixth in the table.

Hogan’s rich vein of form, which has resulted in 13 goals in his last 15 league games, has certainly caught the Irish manager’s attention, with O’Neill confirming that he had approached the striker.

“I have seen him a number of times now and he is an exceptionally good goalscorer,” said O’Neill.

“Remember, he has been out for a long time too. He has just come back at the back end of last season, and the beginning of this season. And he does have a rehabilitation programme.”

O’Neill also implied that his approach was well-received, despite the player stating in the press during the week that he was only focused on playing for Brentford, as he continues his rehabilitation to full fitness.

“I have spoken to his agent and I think that he has a very open mind. According to the agent, he was interested and he was delighted that we were showing an interest,” confirmed O’Neill.

O’Neill would not be drawn into the prospect of another will-he, won’t-he scenario, as was the case for the failed attempt to get Jack Grealish to commit to the Republic of Ireland cause.

“Like everything else, he has a number of options,” said O’Neill. “But it is always up to the player and that was exactly the case with young Grealish.

“He has the right to make his own decisions. Of course, he wasn’t born in this country, and conversations have never got that far but this one that a number of people, clubs and countries are monitoring.

“[But] I wouldn’t have made contact with him if I hadn’t shown an interest.” 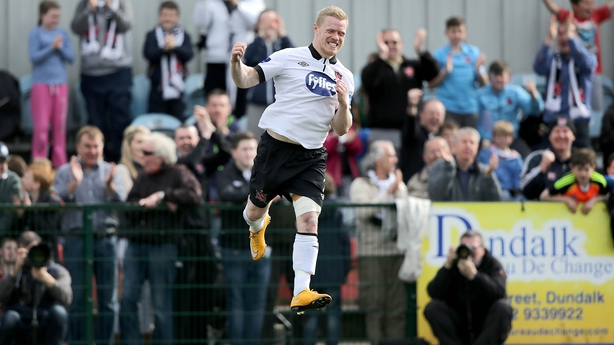 Dundalk’s Daryl Horgan is another player not to have made today’s provisional 33-man squad, yet the manager admitted that the attacking midfielder would have “made the provisional squad without a doubt”, had it not been for fixture congestion at the League of Ireland club.

“I am in constant touch with Stephen [Kenny] – well as often as you can – who is a very, very busy manager at this minute. They have issues with fixtures because of their success, which is fantastic on one hand, and obviously a bit of a pain on the other hand.

“He has done exceptionally well and he played really well the other night out in Holland and I have been pretty impressed [with him].”

'He would certainly have made the provisional squad'  - Horgan misses out due to Dundalk schedule, says Martin O'Neill. #rtesoccer pic.twitter.com/HkwbgmItr5

O’Neill is not ruling out a future call up for the Dundalk man, whose domestic club season should finish just ahead of the away fixture in Vienna in November.

“I’m talking about this particular period of time,” O’Neill added. “Things might level out but Dundalk are heavily involved in Europe from now until Christmas time at least and that is fantastic, and who knows, I will speak to Stephen on a proper basis.”

One player who has made the squad, albeit provisionally, is Barnsley’s Conor Hourihane who is another Irish midfielder making headlines in England’s Championship. 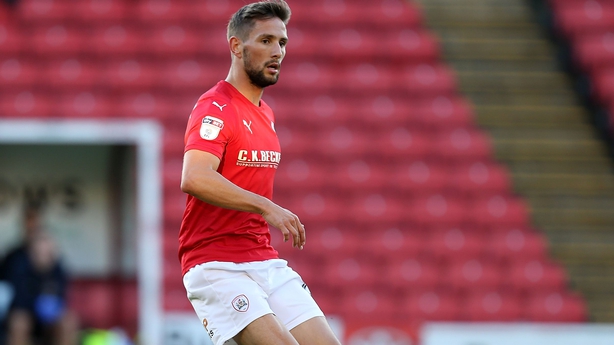 The Bandon-born 25-year-old is captain at the Oakwell club, who are fourth in the league, and O’Neill says that the Championship’s August player of the month has earned his call-up on the back of his recent form.

“I have spoken to him; he is a very nice footballer,” said O’Neill. “He has been on the radar for some time. We have had him watched. Roy saw him not so long ago.

“Actually he came back and said it probably wasn’t his best game, which I think that Conor agreed with.

“But he can definitely play and he seems to have taken more responsibility on the field too.

“Hopefully, if he continues to improve the way he is going, that at some stage or another that he should make the squad.”

Provisional squads have become the norm with the Ireland manager and while many wonder of the benefit of naming so many players, the manager gave an indication as to why he uses the extended list, most notably for the re-inclusion of Birmingham City’s Stephen Gleeson and Aberdeen’s Jonny Hayes.

“Jonny has been in the squad before and so has Stephen. Hayes had a hamstring problem at the start of the season. He seems to be over that again and that’s the reason.

“I watched Stephen’s game and I thought he didn’t do too badly at all. He’s a nice lad and made a decent impression with us before.

“Again it’s a provisional squad. Whether everyone makes it, when I narrow it down next week, we’ll see.

“But it’s just the very fact that he hasn’t been forgotten at all and the same with young Hayes.”