With Dundalk drawing 1-1 with Shamrock Rovers during the week and Cork City defeating Finn Harps 1-0, the champions’ lead at the summit is now just five points over the Leesiders who also have a game in hand.

This is the third meeting between Dundalk and Derry this season with the Lilywhites winning 5-0 at the Brandywell in July, while the opening contest ended all square at Oriel Park back in April. The sides will also meet next week with the Candystripes visiting Oriel Park in the FAI Cup semi-final.

Manager Stephen Kenny goes into Friday's encounter (live on RTE2) in upbeat mood, happy with his side’s performance against Rovers despite the result.

He said: “I thought we put in a good performance on Tuesday night against Shamrock Rovers. I felt we played well and created a lot of chances but the winner just wouldn’t go in for us on the night.

“The players are in good form. We are ready for tomorrow night against a very strong Derry City team who have had a good season to date.

“We are ready to go and we are very focused on the game. We have prepared well and we are looking forward to it.”

Meanwhile, captain Stephen O'Donnell said: “The league is our priority. We want to progress and win the league again. That comes against Derry City. We want to win every game and every three points is crucial to us.

“It’s a step closer to us winning the title once again but we know that we have to do that. It’s our main target. Derry are a good side but we are playing well and hopefully we can get the win.”

For the match Kenny is waiting on fitness news on Darren Meenan and Ciaran O’Connor with both still rated doubtful, however both may prove fit enough to make the squad.

Derry will be looking to take something from the game as they endeavour to maintain their third placed position in the league, which would guarantee European football next season. 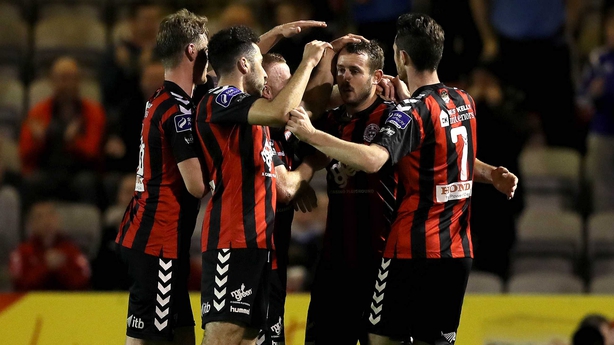 Bohemians, meanwhile, are in the top half of the table for the first time this season and manager Keith Long has challenged them to stay there.

Monday's 1-0 over Wexford Youths at Dalymount Park saw the Gypsies jump from ninth place to sixth, and overtaking Sligo Rovers is now in their sights as Long looks to emulate last season's fifth-placed league finish.

He said: "We want to stay in the top half - and climb further too. Obviously we've played a couple more games than St Pat's and one more than Galway United.

"But points on the board is the most important thing. We want to finish the season as strongly as we possibly can."

Victory against Wexford Youths came on the back of successive defeats against league leaders Dundalk and, more disappointingly, Galway United. Errors at the back cost Bohs in the 2-0 loss away to the Tribesman.

But with a fresh centre-back pairing of Ian Morris and Derek Prendergast, Bohs looked solid in defence on Monday as they claimed their 11th clean sheet in the league this season.

Long continued: "Our hand was forced on against Wexford to a certain extent.

"Stephen Best was unavailable due to a problem with his teeth and braces. Three games in eight days might have been a lot to ask of Dan Byrne too.

"Ian Morris came in and he's an extremely experienced player. We missed Derek Prendergast's organisational skills down in Galway too.

"It wasn't a great game but once we got our noses in front, we looked comfortable."

Izzy Akinade (illness) remains out and is unlikely to feature again this season. Shane Supple (groin) is a doubt, while Stephen Best (dental) returns.

And Longford boss Alan Mathews will be hoping the recovery continues tonight at Dalymount as his side look to make inroads into the six-point gap to 11th-placed Wexford Youths.

Shamrock Rovers will be coming into this game in high spirits after playing well against a strong Dundalk side and coming away with a point, despite losing 3-0 to Cork last weekend.

The Hoops faced Galway away earlier this month and won 1-0 win thanks to a Gary Shaw goal on the stroke of half-time.

“They showed great togetherness as a group which was really pleasing, Dundalk away was a big test for us but we came out of it with a good result.

“We said we needed to show that we’re better than the last two results, as a group, and we done that in Dundalk, the players stood up to the test and showed they are together as a group. It was very good.

“I see that togetherness in training every day so it can be annoying, sometimes, when it doesn’t show on the pitch.

“But lately, we’re feeling good, we’re feeling confident as we always tend to create goal-scoring chances and always score goals, bar the Cork City games. If, we do the other side right, we’ll do well in games.

“But, we’ll respect Galway, they have some very good players so we’ll be respect them, but, we are confident as a group of players.”

Rovers are still without Luke Byrne who is ruled out for the remainder of 2016.

Brandon Miele and Craig Hyland could feature at some stage in tomorrow’s game although both remain doubtful, while Trevor Clarke returns from suspension.

Evan Osam returned to full training in the last few weeks, while David O’Connor was back in action as a substitute against Dundalk.

Following a League run of five defeats and two draws Galway United got back to winning ways last week with an important 2-0 triumph over Keith Long's Bohemians side at Eamonn Deacy Park. 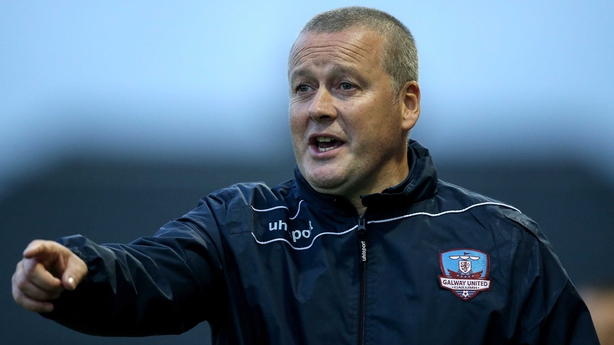 Attentions are now on the trip to Tallaght and Galway boss Tommy Dunne is expecting another close encounter on Friday night.

"It was important to get a better attacking performance against Bohemians last week," Dunne asserted.

"We created chances and we made Shane Supple work in goals for them. In previous weeks, we didn't make the opposition keeper work enough.

"We're going into a different proposition this week against Shamrock Rovers at Tallaght. It's a big pitch, they picked up a good result away to Dundalk.

"Our recent games against Rovers have been tight affairs, but if we can continue to create chances, we'll give ourselves a chance of getting a positive result at Tallaght Stadium.

"We have to be positive in our approach to the game. We will set ourselves up in a certain way but we will also make sure that when we're attacking, that we're going all guns blazing." 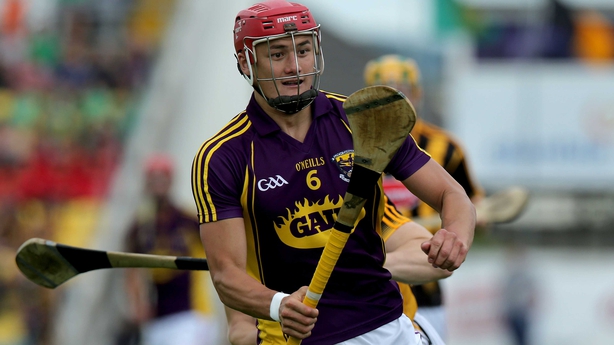 With just three home games remaining, Wexford Youths host Bray Wanderers knowing that this is a critical tie if they are going to hold on to their Premier League status.

The mood is high in the club, fresh from capturing a hard-earned point from third placed Derry City and the star signing of Wexford hurler Lee Chin giving the club a welcome boost.

Bray are in fine form themselves, winning the last three games in a row and conceding just once.

The various league permutations are now at the forefront of everybody's mind at Ferrycarrig Park.

Wexford currently sit four points behind Finn Harps in 10th. The Youths know that should they nick a win from The Seagulls and Finn Harps fail to defeat St. Patrick's Athletic in Finn Park, the Youths will move to within one point of safety.

Manager Shane Keegan recognised the importance of the game, but was confident that his side would perform on the day.

"There's no two ways about it, it's a huge game for us. But so far this season we have tended to produce out when it's been most needed and I believe that will be the case again against Bray," said Keegan.

"It's hard to understate just how much of a boost it gives the players when we have a big crowd supporting us so I really want to call on the football community in Wexford to get out and get behind us for this one."

Danny Furlong has returned to match fitness, having started Monday night's game away to Bohemians.

Gary Delaney is a confirmed injury, while Stephen Last is a doubt.

After confirmation of his signing mid-week, Lee Chin is available for Friday's game.