Joey Barton's Rangers future appears in doubt after the midfielder was banished from the club's training ground following an internal dispute.

Barton is understood to have been sent home on Tuesday following an altercation with team-mate Andy Halliday and told to stay away for the rest of the week.

The 34-year-old was absent from training on Thursday and is set to sit out Saturday's Ladbrokes Premiership contest with Ross County at Ibrox.

The incident occurred days after Rangers suffered a 5-1 derby defeat by Celtic, which left them four points adrift of the champions, who have a game in hand.

Barton had claimed when he signed for Rangers in the summer that Celtic skipper Scott Brown was "not in his league" but the 34-year-old has had a slow start to his career in Scotland. 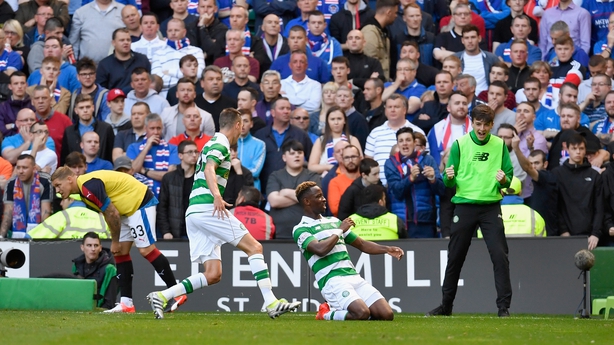 The former Newcastle, QPR and Manchester City midfielder, who joined Rangers on a two-year deal from Burnley on July 1, admitted on Sunday that the Parkhead loss was unacceptable.

He wrote on Twitter: "No excuses. Nowhere near good enough for our football club yesterday."

Manager Mark Warburton earlier claimed the media reaction to his side's derby loss had been overly negative, but made no mention of Barton's situation at his press conference to preview Saturday's league encounter.

"People keep asking me if I'm okay," Warburton said. "Of course we're okay. We are professionals. The result hurt so many people, none more so than us, but we have to get on with it."

Rangers refused to comment on Barton's situation later on Thursday.