Brendan Rodgers is relaxed about the expectations heaped upon Celtic going into the Old Firm game against Rangers on Saturday.

The Hoops are overwhelming favourites to win the first league fixture between the two clubs at Celtic Park in four years.

Rodgers, who took over in the summer and who will be involved in the fixture for the first time, said: "When you are Celtic and you play every game, especially at home, (winning) is what is expected of you.

"We are not running away to say that we don't want to be the favourites for the game.

"Whether we were playing Rangers, Aberdeen, St Johnstone, Hearts, whoever we play at home, the objective going into the game is to win.

"It's a huge game, a big game, but one that we want to win, like every game at Celtic Park.

"More importantly, the way the team is playing, the energy and ambition of the team has given the supporters something to be proud of so far and, as I said, the atmosphere will be incredible.

"Every derby is different. Having experienced derbies before there is a uniqueness to each one and this is iconic throughout the world and one that I am really looking forward to."

The former Swansea and Liverpool boss will come up against Rangers manager Mark Warburton for the first time. 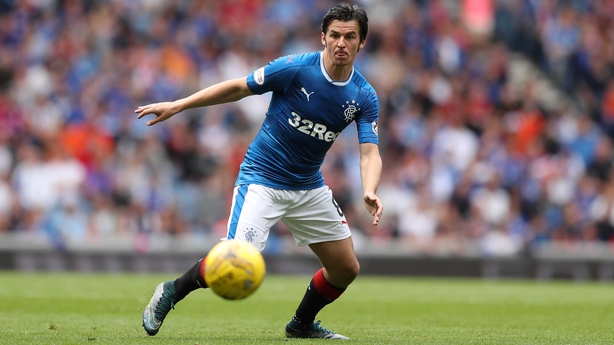 Both men worked together at Watford but Rodgers insists that period was too short for there to be any possible bluffing or double-bluffing when it comes to team selection and tactics.

Rodgers, named Ladbrokes Premiership manager of the month for August with three wins out of three that have taken them one point clear of Rangers with a game in hand, said: "We didn't work long enough together for that. I was only there a short period of time.

"When I was the manager of Watford, it was my first job. He was academy director and he did great work for the youths.

"There is a friendship there from our time at Watford and we spoke on a number of occasions when we left. But we weren't best mates and speaking every week.

"Mark, firstly, has done a great job at Rangers. He is a good man and he deserves a huge amount of credit for the work that he has done.

"Now that he has got promoted he will probably feel more the expectation at Rangers to do well this season.

"But up until now I think he has done a very good job. When he took them on they were in a difficult moment.

"He got them playing a really good style of football and I think they responded very well to his methods."