Daryl Murphy’s first ever international goal bailed the Republic of Ireland out in Belgrade to snatch a point in a pulsating 2-2 draw against Serbia in their opening Word Cup qualifier at the Rajko Mitic Stadium.

Manager Martin O’Neill couldn’t have asked for a better start to the night as he watched his side take the lead as early as the third minute as a Jeff Hendrick shot was deflected home by Branislav Ivanovic.

But Ireland’s inability to defend a lead came back to haunt them, as Serbia first levelled matters before taking the lead during a frantic seven-minute period of the second half.

The home side’s very slow start improved as the rain eased and Serbia spent the second half of the first period entrenched in the Ireland half, peppering the box with cross after cross. It was only a matter of time before something stuck.

Filip Kostic struck first in the 62nd minute following some abject defending in the Ireland box before an apparently fortuitous penalty gave the home side the lead, with Dusan Tadic’s cheeky effort chipped into the roof of the net.

But it was no more than the hosts deserved, who by now were totally dominating the game, and they had several chances to wrap the points up, with Kostic smashing a close-range effort off the bar.

Two more chances were cleared off the line – one in either half from Seamus Coleman – but this Ireland team do not know when they are beaten and they started to work their way forward, with James McClean and Shane Long going close before Jonathan Walters had a goal disallowed for offside.

Murphy’s introduction looked like an act of desperation from the Ireland manager hoping for a maiden goal from the Newcastle centre-forward.

But the towering Deise man found himself unmarked in the box with ten minutes remaining and powered home a goal to savour to restore parity.

In the end, Ireland hung on to snatch something that they certainly did not deserve.

A RAINY NIGHT IN BELGRADE

Will it won’t it? The build-up to tonight’s game started a bit earlier than expected, thanks to a biblical shower of rain that flooded downtown Belgrade in the hours leading up to tonight’s encounter.

Rumours of a pitch inspection set alarm bells ringing about whether a possible postponement would result in a Wednesday fixture, with return flights and hotel reservations hanging in the balance.

The rain would not relent and as the officials arrived to walk the pitch, the assembled media watched in anticipation.

Posing for a photograph was the real giveaway as the officials looked very much at ease as they enjoyed their pre-match amble.

The stadium might look like it still lives in the Soviet era, but the pitch played a blinder. Game on. 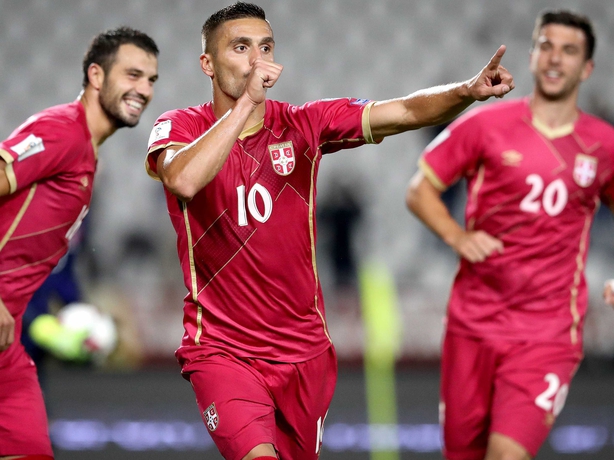 When your captain publicly announces the main threat ahead of the game, you think the players would take note.

Not so. Branislav Ivanovic’s fellow centre-half Matija Nastasic must not have been listening to the pre-game plan as he was woefully exposed by Shane Long’s blistering pace, which led to that soft free-kick in the second minute of the game.

The goal came from the resulting set-piece, which really put the pressure on the home side from the opening exchanges.

But they were all at it. The opening 15 minutes really showed that new coach Slavoljub Muslin had his work cut out for the remainder of the opening encounter.

But then Ireland decided to sit really deep and allowed the home side into the game, Serbia suddenly looking like a very stylish outfit, spear-headed by Filip Kostic, linking well with fellow frontman Aleksandar Mitrovic.

Serbia passed the ball at pace and showed a great ability to switch play, using their wingbacks very well and getting lots of balls into the Ireland box.

Their quality shone through in a dominating second 45 and while they will rue those missed chances, they should take real heart that the new coach’s tactics are actually working and it should bode well for the remainder of their campaign. 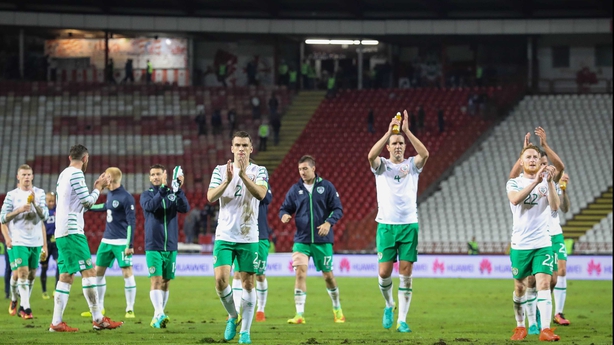 Ireland got off to the perfect start and looked very comfortable in those opening exchanges tonight, but they were dominating the game without really impressing.

The burden of taking the lead took its toll very early on in the game as the, perhaps, not 100 per cent fit defence decided to sit very deep, allowing the improving Serbia side enjoy possession and territory.

The Irish midfield found the going tough throughout as Serbia had an extra man thanks to their three-man defence and were also able to switch the play at will, exposing Ireland’s flanks due to players getting dragged inside to help out.

The manager admitted that his side had no option but to defend deep in the second half as his side could not get the ball back, and he may lament his delay making changes as Serbia’s two quick goals turned the game in the home side’s favour.

Perhaps an admission of the manager’s formation mistake, as Brady was sent back to left back with a more natural defensive midfielder Stephen Quinn coming in to help out a struggling side.

The manager must get credit though for taking a punt on Murphy and sensing that the building momentum might just need a bigger target in the box. It did.

MAN OF THE MATCH 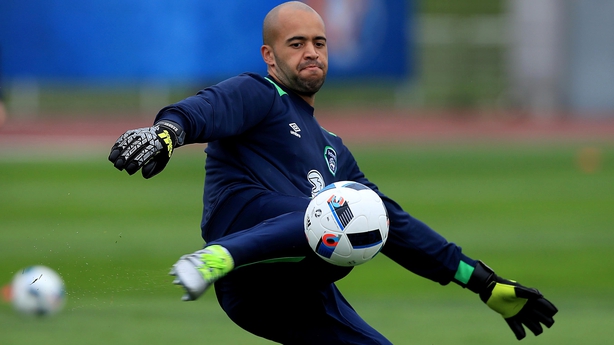 It speaks volumes about tonight’s performance that Ireland’s man of the match was goalkeeper Darren Randolph.

The West Ham keeper did indeed make some vital saves, especially in the closing stages when he got down brilliantly to deny Ivanovic from close range.

But the Ireland keeper had some shaky moments throughout, which luckily for Randolph were not capitalised on, as he flapped at a dropping ball in the box in the first half, before spilling another shot later in the second half.

In truth, however, there were not too many others putting their hands up to take the accolade with Shane Long’s pace and commitment probably resulting in the Southampton striker being the only other player who can be content with his performance. 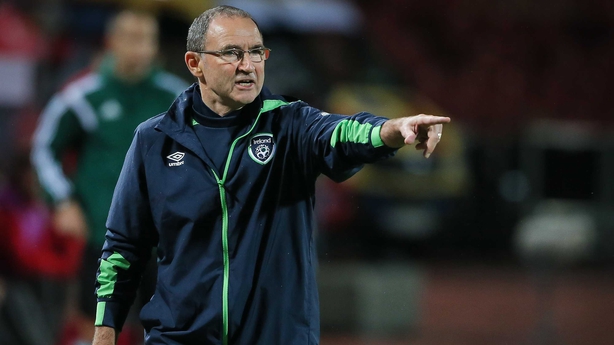 Martin O’Neill appeared upbeat in the post-match press conference and was convinced that his side got what they deserved.

“I thought we certainly deserved a point,” said the Irish manager. "We got off to a fabulous start and I thought we were fine at half-time."

On Serbia: “Obviously they got a lot of possession, particularly in the second half and we couldn’t get the ball off them. They were knocking it around but without serious danger. But then they score and get the penalty.”

Rescuing a point: “But we came roaring back; we had one disallowed and another very close as Shane Long made the goalkeeper make a great save and eventually Daryl Murphy came up with a blinding header. But it was a point that we definitely deserved.

“Jeff Hendrick will take great confidence from that too. He was getting very tired during the course of the game as he hasn’t played much since coming off with a hamstring injury a few weeks ago.”

The Pitch: “The pitch was very tiring too. I don’t think it was really suitable as there were big chunks out of the pitch after ten minutes of the game, and I’m not even sure it suited Serbia either, who can pass the ball pretty well.”