That summer night in Lille remains fresh in the memory, yet tonight’s World Cup qualifying clash against Serbia in Belgrade will have a completely different feel at the hostile Red Star stadium.

While Ireland enjoyed a summer to remember in France, Serbia sat at home licking their wounds after a third consecutive qualifying campaign ended in failure.

Slavoljub Muslin has now taken charge of the national side and has been handed the tricky task of guiding Serbia to their first major championship since the World Cup in 2010.

But while Serbia go through that inevitable period of transition, the Ireland squad that arrived in Belgrade have a very familiar look about them as the vast majority were part of that Euros story, while the new faces have been included to challenge for places in this ever-improving side.

Ireland manager Martin O’Neill was playing down his side’s chances ahead of the game, outlining the very tough task that awaits in what he expects to be an extremely tight group with Austria, Wales, Serbia and Ireland all vying for the one automatic qualifying place at the 2018 World Cup.

But the Ireland boss has hinted that he expects to get something from the game as he admitted that he could not set his team up to play for a draw, while stressing the importance of teams taking points away from home.

Serbia are missing key players for tonight’s clash (7.45pm, live on RTÉ2) and O’Neill knows from experience the difficulties of working with a new squad at the beginning of a qualifying campaign and that there is probably no better time to take on this tough away fixture. 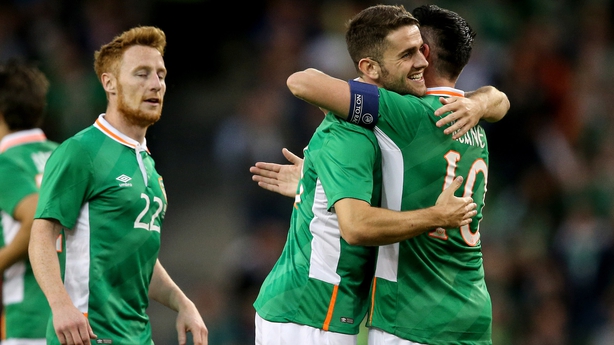 The Norwich man went into Euro 2016 with a huge emphasis on his ability with the dead ball, while his major impact in France came in the dying minutes of that Italy clash bursting forward from his advanced role to head home the winner.

Moving Brady back to left-full would be deemed by many as a negative step by the Ireland manager, but there is every chance that he will line up in the back four for tonight’s game.

And there might be method in that perceived madness, as the manager needs to run a very tight ship to gain anything from the trip to Belgrade.

Little was learned from the midweek friendly international against Oman, but O’Neill did appear to revert to a tried and tested formation, with a midfield three sitting behind the three front men.

And perhaps O’Neill feels that Brady’s game is still a bit loose for that three-man formation as he has mentioned before that the Norwich man was prone to make some mistakes in the advanced role.

But Brady will certainly start, and while the Oman game taught us nothing new about the abilities of the former Manchester United youngster, it was a timely reminder of the wonderful talent that is contained in that left boot.

Brady’s exquisite free-kick on Wednesday night was virtually unstoppable and the 24-year-old’s set-piece delivery will be just as crucial if Ireland have any aspirations of winning this group. 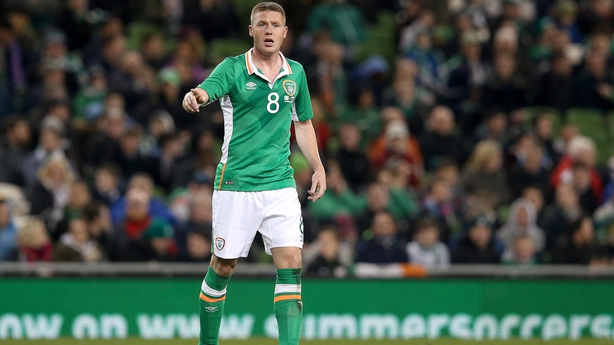 The manager showed great faith in the Everton man at the Euros and the final two games of the tournament showed that O’Neill was starting to build his midfield around McCarthy.

Instead, it will be a back to basics, with Glenn Whelan returning to his familiar role sitting in front of the back four, likely to be joined by Jeff Hendrick and Harry Arter.

Arter and Hendrick will sit either side of Whelan, and with no natural number 10 likely to be picked, there will be a real onus on both players to link up with lone striker Shane Long.

O’Neill tinkered with a different midfield approach in the latter stages of the European campaign when Ireland needed a victory over Italy, but that cavalier approach is unlikely to be deployed in Belgrade as the manager will rely on his system and individual moments to gain a result. 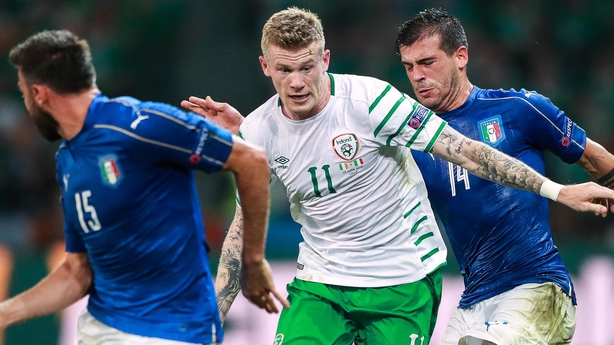 Martin O’Neill sees something in James McClean that many others cannot recognise; the Ireland manager believes that the West Brom man has an attacker’s instinct that can be of real benefit to this Ireland team.

McClean has made a few cameo appearances leading the line in recent months and while they were largely ineffective, O’Neill appears keen to include the former Derry City man in his starting XI and perhaps he is being encouraged to replicate the role of Jonathan Walters.

Walters has proved very effective covering the right flank, while joining in with the attack at every opportunity – his goals effectively drove this Ireland team to France last summer.

McClean’s ability to run at defenders and deliver telling crosses are without question, but whether his presence in the box proves a bonus or an unwelcome distraction remains to be seen. 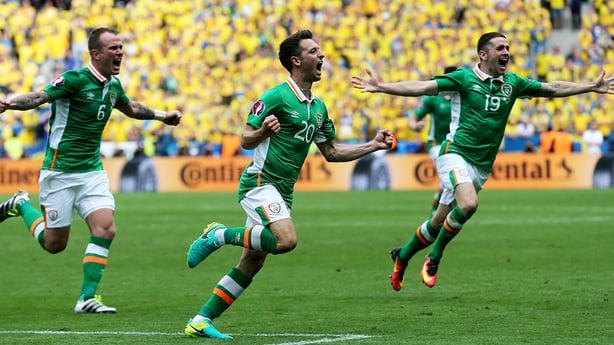 Although the Norwich midfielder is unlikely to start, there could and should be a big role to play for Hoolahan at some stage of this opening clash with Serbia.

The easy option for the 34-year-old was to walk away from international duty with that wonderful strike against Sweden capping off his time in the green jersey, but Hoolahan believes he still has a lot to offer.

O’Neill’s formation, particularly for a tricky away test, does not naturally suit Hoolahan, as the manager wants more energetic impact from all his players, but there is no reason that Ireland will not benefit the sublime skills of the Norwich man for the final 30 minutes.

Unless, of course, Ireland are already two or three goals to the good, in which case there will be no need to unravel Hoolahan from his cotton wool-coated tracksuit. 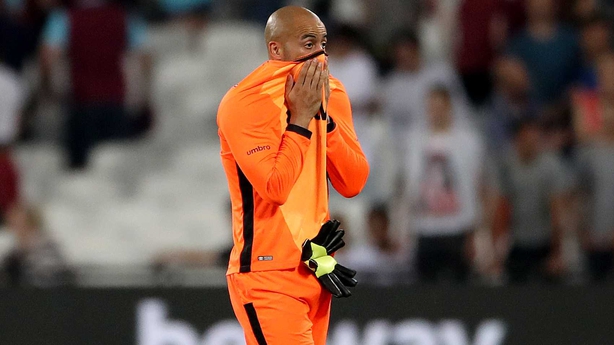 Darren Randolph looks certain to start tonight’s clash with Serbia having established himself as Ireland’s number one at Euro 2016.

However, the former Birmingham City keeper looks like he will be consigned to another season on the bench at West Ham, playing understudy to regular stopper Adrian.

Keiren Westwood is obviously chomping at the bit to take that number one jersey from Randolph as he looks forward to another season as the undisputed number one at Sheffield Wednesday.

That Oman match did little to show us who was the better keeper, with both players virtually untested in their respective 45 minutes on the pitch.

However, it was interesting that Westwood was given the nod to start the match. Perhaps a little message to Randolph from the manager to remain vigilant. 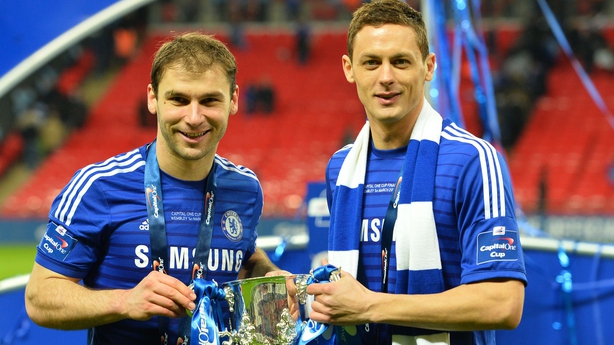 The Opposition – talented bunch of underachievers

On paper, this Serbia team should be favourites to top the group but they have developed a worrying trait of playing worse than the sum of their parts.

The local media want their team to play like Ireland performed at the Euros, leaving everything out on the pitch, and they will hope that the new coach can get the best out of this talented bunch of players, with another generation of world champions starting to break into the senior side.

Luckily for Ireland, Nemanja Matic and Aleksandar Kolarov are ruled through suspension. However, the coach has an abundance of talent competing for the three attacking places, with Filip Kostic, Zoran Tosic, Dusan Tadic, Lazar Markovic, Aleksandar Mitrovic and Aleksandar Pavlovic all available.

Remarkably, Serbia’s main problem is one shared with the Irish as many of their big-name players spend most weekends at their clubs sitting on the bench. 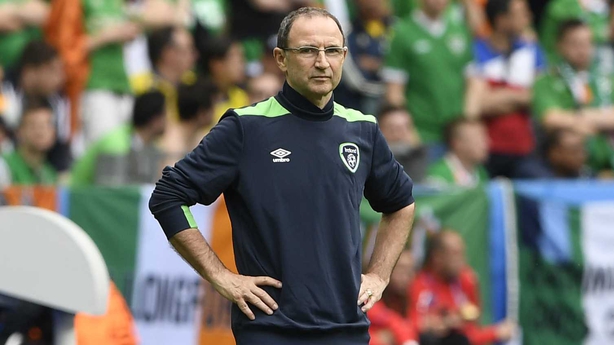 Can Ireland come away with three points?

A conservative approach will likely be employed when compared to those gung-ho, energy-driven Ireland teams that played against Italy and France.

But that does not mean they can’t be just as effective.

O’Neill has learned a lot from his first campaign and subsequent tournament about international football.

And one of the crucial components at this level is the ability for his players to maintain possession of the football.

This team is full of players who are naturally moulded in that way and perhaps it was just the confidence that was missing at international level to play possession football.

That confidence should be there in abundance now, and couple that with patience on the ball and ability to create chances, and Ireland can certainly come out on top.