A gap of five points has opened up between the Hoops and the top three sides after Tuesday's 1-0 defeat to Derry City at Tallaght Stadium and Rovers will be eager for a win in this Dublin derby to ensure they don't lose any more ground.

Rovers trail league leaders Dundalk by seven points and have played two more games, and their title hopes may be fading but a win against the Saints would keep them in the hunt for a European place.

Rovers boss Stephen Bradley feels his side should have got more from Tuesday's game with Derry and is confident going into the derby clash.

"We created a host of chances during Tuesday’s game and I am disappointed that we didn’t get more out of it, but we didn’t play as well as we have been playing the last few weeks. But, the one positive thing is we created a lot of chances so you got to be confident going into tomorrow’s game," he said.

Bradley remains without the services of Luke Byrne, who will miss the rest of the season and Evan Osam who is two weeks away from a return, but has a full squad to choose from otherwise.

St Pat's travel to Tallaght in the midst of something of a goal drought, having scored just four goals in their last eight games.

A 1-0 defeat to Bohemians last time means that a push for a European spot may now be beyond Liam Buckley's men and the Saints boss is expecting a testing time in Tallaght.

"After last week's defeat, we've another tough Dublin Derby against Shamrock Rovers. All the games between the sides this season have been close affairs, and I expect Friday to be no different," Buckley told www.stpatsfc.com.

"Rovers have been going well under Stephen Bradley so again it should be a good game for the neutrals to see."

Buckley must plan for the Rovers game without the services of defender Sean Hoare who misses out due to being on Republic of Ireland U21 duty, while top-scorer Christy Fagan is suspended. 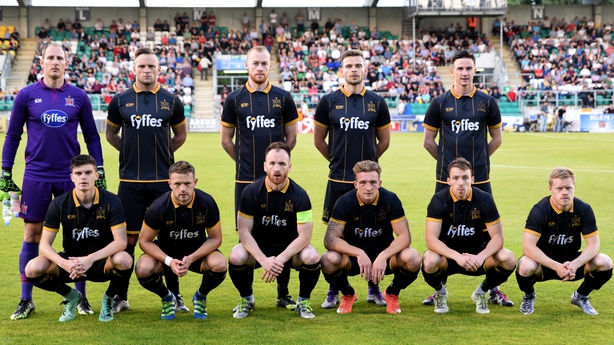 After the welcome distraction of European football Dundalk have refocused on the bread and butter of domestic football and travel to face Bohemians at Dalymount Park.

A 5-0 FAI Cup win over Crumlin United and a narrow 1-0 league victory over Wexford Youths saw Dundalk return to form after a wobble which saw Cork City reduce their lead at the top of the table to a single point.

With Cork not playing, Dundalk can reestablish their lead to four points if they win this game in hand but midfielder Chris Shiels is not expecting any favours from the Gypsies.

"It’s always difficult going to Dalymount Park and we have found Bohemians difficult opponents in the last couple of seasons. Even the games we have had there this season have been tough," he said.

"They’ll have their tails up after winning the Leinster Senior Cup after winning 4-0 and beating Pat’s in the league the week before so they are going to give us a right game but we are ready for it."

Dundalk will be without Ciaran Kilduff as he continues his recovery from a knee injury, Darren Meenan is struggling with a groin injury which kept him out of Tuesday night and Robbie Benson is a doubt with an ankle knock he picked up on Tuesday night against Crumlin.

Dane Massey may return after sitting out the last 10 days with concussion, while Daryl Horgan returns to the squad after suspension.

Bohemians boss Keith Long wants his side to build on a positive week for the club after they beat St Patrick's Athletic on Tuesday, for their first win at Richmond Park in six years.

Now Long has challenged his side to continue that form as they look to break into the top half of the table.

"What was satisfying was the win against St Pat´s. It was our most complete performance of the season."

Long admits that their hosts are the team to beat in the Premier Division but believes his side can take something from Oriel Park.

"Dundalk are the benchmark everyone has to aspire to. They've been champions two years running and they've made the breakthrough in Europe.

"But we've given a good account of ourselves against them. We were the only team to beat them in the league last season and they needed a last-minute equaliser to stop us from doing it again a second time."

The Gypsies continue without skipper Derek Pender (thigh), while Izzy Akindade remains a doubt through illness. Stephen Best (ankle) and Mark Quigley (hamstring) both returned to training this week but remain doubts. 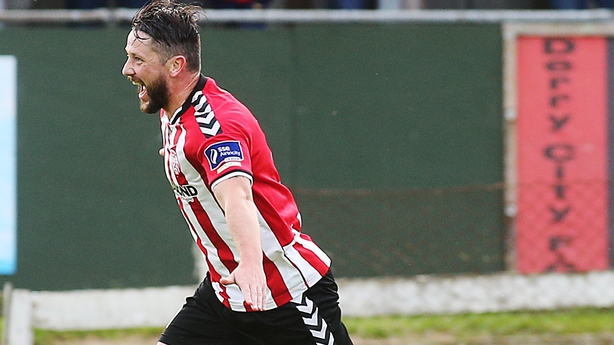 European football is very much in Derry City's sights after a 1-0 win over Shamrock Rovers midweek left them five points clear of the Hoops in fifth place.

The Candystripes were hugely impressive in Tallaght and manager Kenny Shiels wants to see that level of performance for the rest of the season.

"We must take the same drive and energy from Tuesday night into the Galway game," Shiels told the BBC.

Galway will be looking to arrest a run of three straight league defeats and Shiels is wary of the threat they pose.

"They've been unlucky in a couple of those games and I know the quality they possess," he said.

"Vinny Faherty is scoring goals and doing really well for them and he dovetails perfectly with Ryan Connolly - you can see the quality both of them have."

Sligo Rovers, Bray Wanderers and St Pat's have all got the better of Galway in the last couple of weeks and they'll be keen not to get dragged down into a dogfight to avoid a relegation play-off.

The Tribesmen as six points ahead of 11th placed Wexford and manager Tommy Dunne is looking for his players to get back to winning ways.

"We need to be a bit more ruthless and clinical. We're looking at trying to be that bit more competitive again, like we were at the start of the season, we need to get back to that type of form.

There is momentum, it's fine lines for us at the moment. We're looking to improve on where we finished last year. There is a lot of football still to be played, there is ten remaining league games."

José Garcia and Stephen Walsh are both ruled out of the trip to the Brandywell with injury.