Joe Hart has taken a short break from England's World Cup camp to complete a loan move to Serie A side Torino.

Hart's agent Jonathan Barnett confirmed the move after the English Football Association said on Monday night that the goalkeeper had been given permission to temporarily leave Sam Allardyce's squad for the opening World Cup qualifier in Slovakia on Sunday.

Barnett was quoted as saying by www.tuttosport.com: "Yes, Joe Hart will play with Torino. It's done.

"The player said yes to the club and also Manchester City have given the green light. It is all true. (On Tuesday) Hart will have a medical in Turin."

Hart is third choice at City following the signing of Claudio Bravo from Barcelona, but has retained his place in Allardyce's first England squad.

The 29-year-old is expected to complete the formalities of a season-long loan move to Torino on Tuesday.

Asked about Hart's club situation on Monday morning, Allardyce said: "If there is anything in the pipeline, then hopefully Joe will tell us 'this may happen' and we can get ready for it." 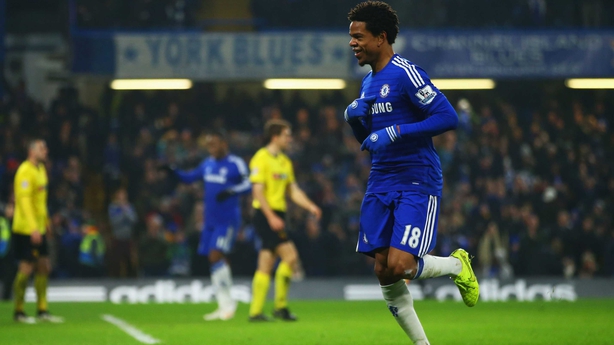 Crystal Palace have announced the signing of striker Loic Remy on a season-long loan from Chelsea.

Palace wrote on Twitter: "#CPFC are delighted to confirm Loic Remy has joined on a season-long loan from @ChelseaFC."

Chelsea added on their website: "Loic Remy will spend the 2016-17 season on loan across London with Crystal Palace.

"The 29-year-old, who has been a Chelsea player for two years, will play the rest of the current campaign in the Premier League with our south London neighbours." 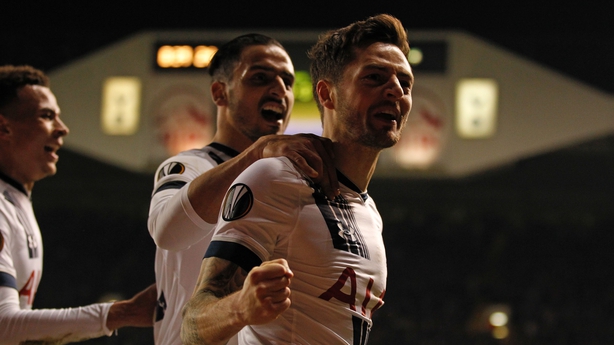 Hull have signed Ryan Mason from Tottenham as they look to bolster a very depleted squad ahead of deadline day.

The 25-year-old midfielder heads to the KCOM Stadium on what is an undisclosed fee, although Hull have confirmed it is a club record.

Hull's previous record transfer had been the £10m paid to sign striker Abel Hernandez in 2014. 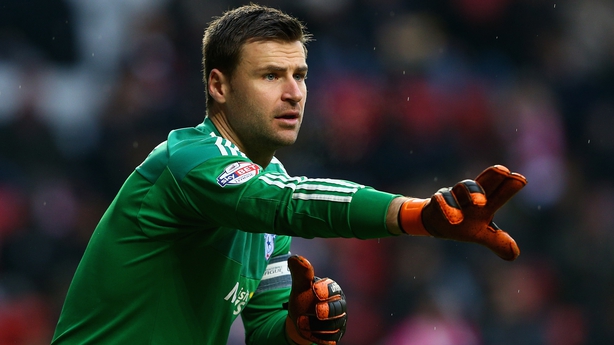 The Tigers have also completed the transfer of goalkeeper David Marshall from Cardiff for an undisclosed fee.

His arrival is particularly crucial, given Phelan was overseeing a squad of only fit 14 senior players, and comes while Allan McGregor is out with a long-term back injury.

Hull then confirmed their third arrival of the day - striker Will Keane from Manchester United.

The 23-year-old, who worked with Phelan during the latter's time as assistant manager, has signed a three-year contract having also arrived for an undisclosed fee.

"It's a fresh start and a new challenge for me, so I'm really looking forward to getting things underway." 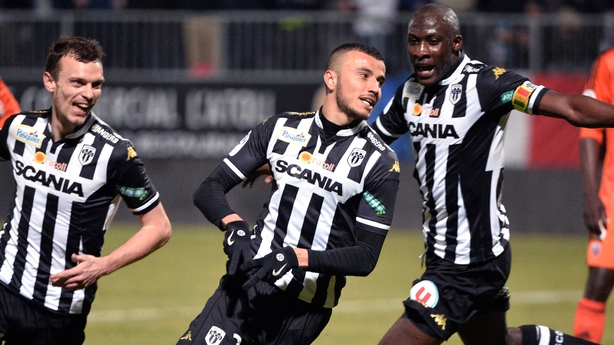 Midfielder Romain Saiss has signed for Wolves from Ligue 1 Angers on a four-year deal for an undisclosed fee.

Saiss, who has also had spells with Le Havre, Clermont and Olympique de Valence, said on the club's official website: "I am very happy to be here. Wolves is a good club for me.

"It has a good project to get to the Premier League.

"The stadium, the fans and the training facilities are fantastic and I'm really happy to come here.

"I hope to play in many matches and help take the club to the Premier League as soon as possible." 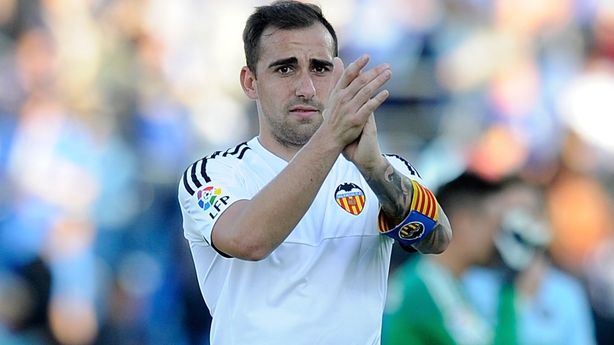 Barcelona have added further firepower to their much-vaunted attack by signing Paco Alcacer (above) from Valencia.

A statement on Barca's website revealed Alcacer has signed a five-year contract after the clubs agreed a fee of €30m, with a further €2m euros in add-ons.

The 23-year-old scored 15 goals for Los Che last season, finding the net 13 times in La Liga, and he was Spain's leading scorer in qualifying for Euro 2016 before becoming a surprise omission from the squad for the finals in France.

Chelsea winger Christian Atsu is due on Tyneside on Tuesday to push through a loan move to Newcastle. 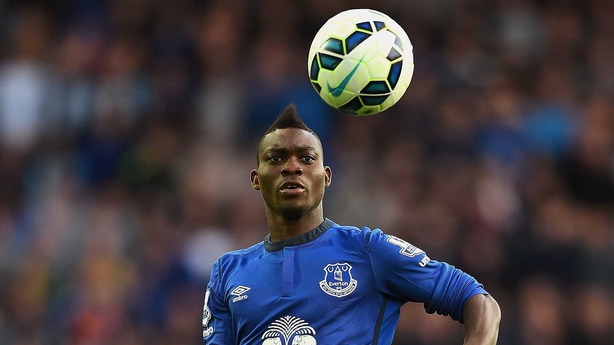 The 24-year-old Ghana international is heading north to undergo a medical and discuss personal terms after the two clubs agreed a deal which will see him spend the rest of the season at St James' Park.

Atsu joined the Blues in a £3.5million switch from Porto in September 2013, but is yet to make a senior appearance for the club and has been loaned out to Vitesse Arnhem, Everton, Bournemouth and Malaga since his arrival.

Meanwhile, the Magpies continue to pursue a series of other targets and Press Association Sport understands they are maintaining an interest in West Brom midfielder Callum McManaman. 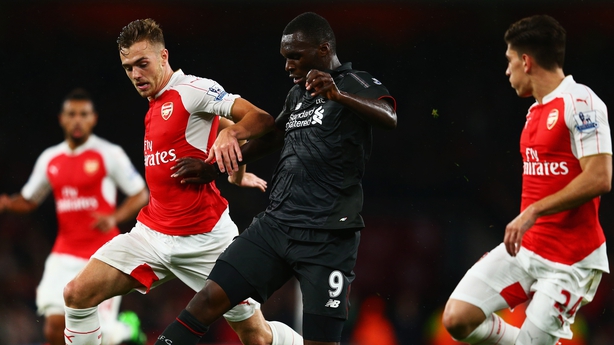 The promising defender, 21, becomes the latest addition to Aitor Karanka's squad having been dropped following Arsenal's 4-3 defeat by Liverpool in their opening fixture of the season.

Chambers, who joined Arsenal from Southampton for £16million in 2014, said: "(I'm) excited about the season ahead and can't wait to get going."

Promoted Boro are unbeaten in the league after three games and secured their first top-flight win for seven years at Sunderland on August 21.

Meanwhile, Werder Bremen are on the verge of completing the signing of Serge Gnabry from the Gunners, according to the Bundesliga club's director of sport Frank Baumann.

The 21-year-old German midfielder, who scored six goals for his country as they clinched a silver medal at the Olympic Games, is out of contract next summer and set to return to Germany.

Baumann said he expects Gnabry to arrive in northern Germany on Wednesday and dismissed reports that Bayern Munich would participate in the transfer by buying the player and loaning him to Bremen. 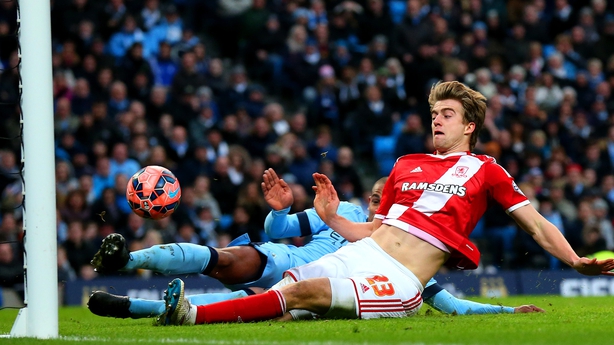 Burnley have announced the signing of Chelsea striker Patrick Bamford on a season-long loan.

The 22-year-old, who has been unable to force himself into the first-team picture at Stamford Bridge, has had previous spells at MK Dons, Derby, Middlesbrough, Crystal Palace and Norwich.

Bamford arrives at Turf Moor after the club signed Steven Defour from Anderlecht for a fee in the region of #7.5million a fortnight ago and deals for Jamie Thomas, Robbie Leitch, Nick Pope and Johann Berg Gudmundsson earlier in the summer.

Bamford, a graduate of the Nottingham Forest Academy, caught the eye in the 2014-15 season when he scored 17 times in the Championship for Boro.

He also scored in a memorable FA Cup win at Manchester City that season but missed out on a European Championship spot with England Under-21s through injury.

He played in the Premier League with both Palace and Norwich last season but neither spell proved fruitful.

Jeremain Lens fired a parting shot at Sunderland as he claimed he was set for a loan move to Turkish club Fenerbahce.

Lens joined Sunderland in an £8million transfer from Dinamo Kiev just over 12 months ago, but the Holland forward has made only 14 Premier League starts on Wearside.

And, ahead of what would be a reunion with his former Black Cats and PSV Eindhoven boss Dick Advocaat in Turkey, Lens said: "Sunderland would just love to get rid of me.

"I did not play, was not even on the bench.

"I just had a problem with the club. What? No idea."

Lens, 28, revealed he would have a medical in Turkey on Tuesday ahead of joining Fenerbahce on a season-long loan with a view to a permanent deal.

Jonathan Kodjia has joined Aston Villa from Bristol City in an £11m deal which could rise to £15m.

The striker has signed a four-year contract at Villa, who were relegated from the Premier League last term.

The 26-year-old scored 19 goals in the Championship last season for the Robins from 45 appearances. 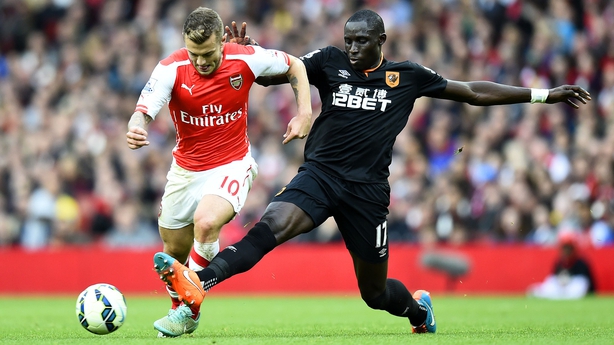 Arsenal are to consider loan offers for injury-jinxed midfielder Jack Wilshere, according to a number of newspapers.

Stoke boss Mark Hughes is looking to take Manchester City outcast Wilfried Bony on loan to the Bet365 Stadium, according to The Sun.

The Daily Express reports Liverpool have agreed a deal to send defender Andre Wisdom on loan to Red Bull Salzburg.

The Daily Star claims Newcastle boss Rafael Benitez is set to add Callum McManaman to his squad, three years after he became public enemy number one with Magpies fans.

Liverpool manager Jurgen Klopp is refusing to give up on Borussia Dortmund's Christian Pulisic after reportedly failing in an initial £11million bid for the 17-year-old, writes The Sun.