A stunning strike from Robbie Benson gave the Lilywhites hope as they looked to overturn a two-goal first-leg deficit in the Polish capital but an injury-time equaliser from Michal Kucharczyk put the result of the play-off beyond doubt.

Benson smashed a dipping volley into the top-right corner from just inside the 18-yard box in the 19th minute after striker David McMillan had headed Sean Gannon's cross from the right back across goal.

The well-worked early goal was just what Stephen Kenny's side needed but, despite the 67th-minute sending-off of Adam Hlousek, they were unable to find a crucial second which would have forced extra-time before Kucharczyk broke to settle matters.

Kenny promised that his side would take the game to Legia and that was reflected in his team selection. 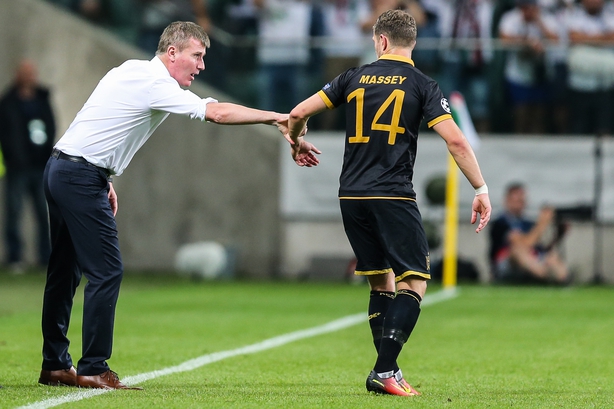 Benson came in for the suspended Stephen O’Donnell with Ronan Finn also recalled in place of John Mountney.

The Polish club, who were looking to qualify for the Champions League group stages for the first time since 1995, named an unchanged line-up from the first leg with Hull City-bound Nemanja Nikolic leading the line.

Dundalk lined up with a diamond formation with Daryl Horgan operating just off David McMillan and there was an early taster of what was to come when a surging run by Benson set alarm bells ringing in the Warsaw defence.

The visitors needed to take risks but they were almost the architects of their own downfall in the 12th minute.

A corner between Horgan and Finn broke down, allowing Legia to break at speed but Benson showed great desire yet again to to track back and get a crucial touch to stop Hungarian hitman Nikolic from having a clear run on goal.

That began a brief period of Legia control with Dundalk guilty of squandering possession in key areas but with Andy Boyle, in particular, looking assured at the back, the hosts rarely threatened Rogers’ goal.

The whole complexion of the tie was turned on its head in the 20th minute when Benson struck his wondergoal. 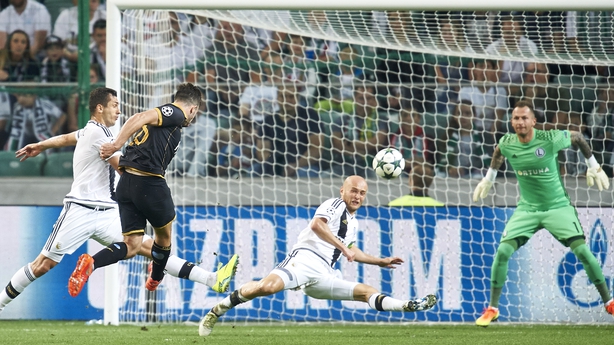 Gannon picked out McMillan at the back post and his header back towards the 18-yard line was met full on the volley by the former UCD man who buried a right footed drive into Malarz’s top left hand corner.

The goal lowered the decibel levels slightly but Legia cranked it up as the game approached half-time but the closest they went to equalising was in the 23rd minute.

Full-back Adam Hlousek’s effort with the outside of his left foot looked destined for Rogers’ net but the Dundalk goalkeeper somehow managed to get a fingertip to the ball to divert it over the top. An incredible save.

Gannon then had to make a last ditch clearance to hack the dangerous Steeven Langil’s vicious cross away for a corner and Legia continued to pose a huge threat on both flanks. 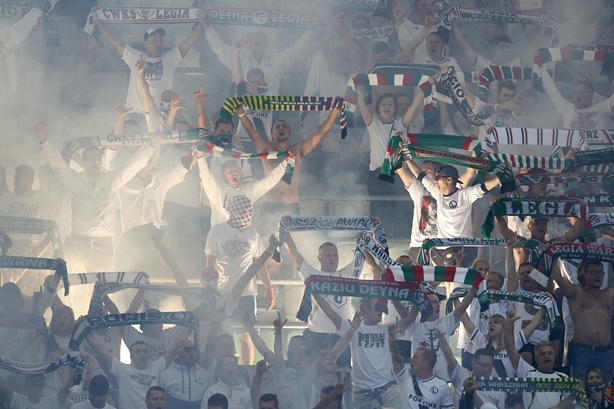 Dundalk, however, made it to half time looking relatively comfortable and the whistles and jeers from the home support at the break would have sounded like music to the ears of the League of Ireland champions.

They looked even more assured after the break with Boyle making a magnificent tackle to stop Nikolic from converting a Langil cross after the Frenchman had managed to escape the excellent Paddy Barrett on the left.

Barrett was then left in a heap five minutes later after Hlousek left a boot in following the Waterford man’s clearance, another sign of the frustration that was eeking into the home side’s performance. It came back to haunt the Legia player 10 minutes later.

Dundalk weathered the storm and they started to open up as the game approached the hour mark.

McEleney became more influential and it was the former Derry City man who was the architect of a great chance in the 63rd minute, spraying a fantastic ball out to Horgan on the right. His cross picked out McMillan who again sought out the incoming Benson but the midfielder’s bicycle kick just missed the target. 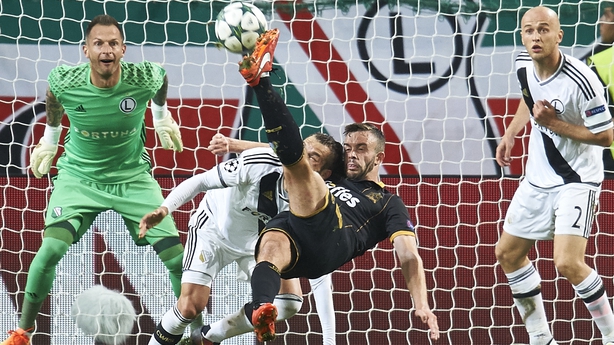 The Louth side were given real hope when Hlousek was dismissed for a second bookable offence in the 67th minute, the full-back holding back Finn.

The temperature began to rise even more and Boyle was penalised for a crunching tackle on Brazilian substitute Guillherme that left Legia’s under pressure manager Besik Hasi very animated on the sideline before Benson also found his way into the book.

Dundalk needed another to level the tie on aggregate but their energy levels understandably dipped as the game drifted towards the 80th minute with McEleney shooting weakly at Malarz after being set up by Horgan. 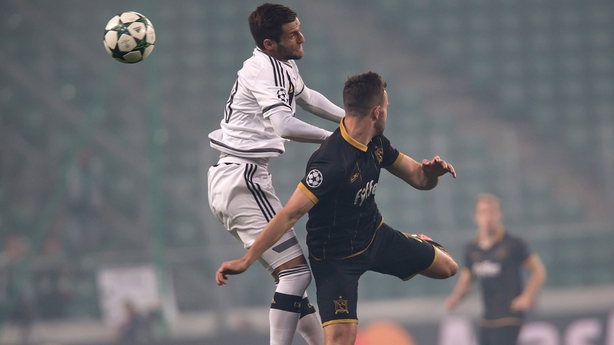 Kenny turned to the limited resources on his bench and Darren Meenan and teenager Michael O’Connor were thrown into the fray inside the last 10 minutes but they just couldn’t summon up the energy to create that decisive chance.

And, with gaps opening at the back, Legia exposed the tired Dundalk players and secured their place in the group stages when Kucharczyk broke the offside trap to gather the ball and rifle past Rogers, leaving the Dundalk players heartbroken in the turf and leaving them with the pretty substantial consolation prize of the Europa League group stages to look forward to. 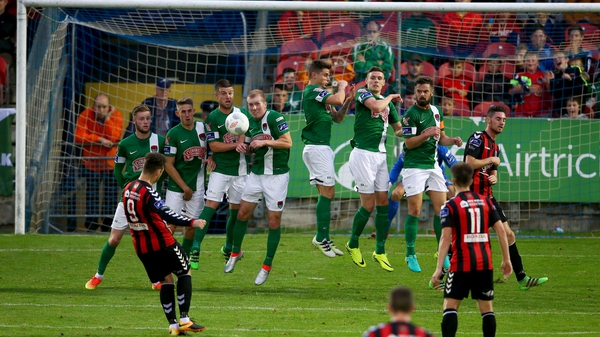