Ireland international David Meyler insists that dealing with the summer turmoil at Hull City has not been a problem for the Tigers' threadbare playing squad.

Hull lost Steve Bruce three weeks before the start of the season, with the manager frustrated by the owners' failure to strengthen a squad reduced to 13 senior players by injuries.

But Hull won 2-0 at Swansea yesterday as substitute Shaun Maloney and Abel Hernandez struck in the final 12 minutes for a second straight Premier League win.

Considered as relegation fodder before a ball was kicked, Hull are now in the distinguished company of Manchester City, Manchester United and Chelsea as being the only sides with a 100 per cent record after two games.

"It's not difficult to focus on the football," said Meyler.

"We're professionals and our job is to go out and represent Hull City.

"Our job is to win football matches - I think the squad understand that.

"Everyone who has been involved in the games has set a high standard and we just need to keep on doing that."

Hull caretaker-manager Mike Phelan remains hopeful reinforcements will arrive before the transfer window closes whether they are signed off by the unpopular Allam family owners, or the Chinese consortium currently involved in takeover talks.

But Meyler, who reiterated his pre-match wish that Phelan should be handed the job on a full-time basis, says there is huge belief in the squad after victories over champions Leicester and Swansea.

"Everyone knows that Mike is only a caretaker manager, but he's galvanised the squad," said Ireland midfielder Meyler.

"He knows the players as he was Steve's assistant and that has helped us.

"This was a big three points as we wanted to build on the Leicester game. You've got take confidence from beating the league champions and it showed.

"You need 11 players to play well to have a chance in the Premier League - but we had 12 because Shaun's come on and got a goal and an assist."

Swansea were themselves opening-day winners at Burnley, but they were blunted after a promising start in which Gylfi Sigurdsson struck the crossbar.

Fernando Llorente also headed over and the Spain World Cup winner has still to open his account following his summer switch from Sevilla.

Fellow Spaniard Borja Baston, Swansea's record #15.5million signing from Atletico Madrid, has yet to make his debut after being injured in training.

"It's normal because he has just arrived and was tired at the end.

"If I had the possibility of playing with Borja in the last 20 minutes, I would have done.

"I accept it's our job to break them down and we have to do better.

"We had to be quicker, but it's not easy when a team has 11 players in their half." 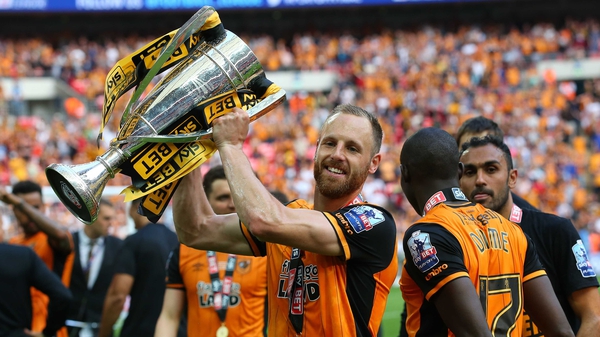