Athlone Town welcome Shamrock Rovers to the Athlone Town Stadium for the second cup tie between the two teams this season.

Rovers came out on top in their first meeting, winning 3-0 in the EA Sports Cup earlier in the season, but the home side will have their eye on causing an upset this time out.

Athlone manager Colin Fortune has no suspensions but faces into a mounting injury list with long term injured Craig Shortt and Tom O’Halloran still missing out along with Jack Quinn, Aidy Byrne and Claudio Silva.

After signing for the Club a few weeks ago, Jason Lyons is now available for selection and is expected to make the match-day squad.

Shamrock Rovers come into this game on the back of an impressive league win against Wexford Youths when they ran out 3-1 winners, with goals coming from Gary McCabe, Brandon Miele and Sean Boyd.

Manager Stephen Bradley is taking nothing for granted but is confident that his side have enough about them to book a place in the quarter-finals.

"We have to now go out and respect Athlone, we have to play the way we’ve been playing, with a good tempo and we have to have the right attitude," he said.

"The winner goes into the quarter finals so we have to respect the game, but we’re always confident of getting the win. We know how important this game is.

"It’s everyone’s cup final when Rovers come to town, every player playing against Rovers wants to show that they can play for us, and want to impress us. To be fair, our lads have stood up to that and done very well."

Bradley will be without Sean Heaney and Evan Osam but Killian Brennan is fully fit and available for selection. 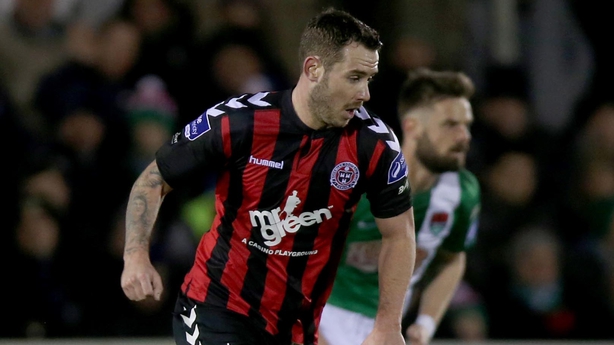 Bohemians manager Keith Long believes the 12th man can help his side progress against Derry City.

Late goals from Kurtis Byrne and Stephen Best saw Bohs come from 2-0 down to seal a dramatic 3-2 win against in-form Sligo Rovers on Monday night.

Dalymount Park was hopping as a confident second-half performance saw the Gypsies make it seven points from three league games and Long wants to see more of the same.

Long said: "It's been a while since we've seen drama like that at the end of a game at Dalymount. It gives the players real confidence going into the cup tie.

"The reception the team got from the fans at the end was brilliant - you can't underestimate the importance of the bond between players and supporters.

"In a game of small margins, when the 12th man is behind you from the start, the players value that. It gives them that little bit of extra confidence. We are at home, so we want to take the game to Derry City and give it a right go. The fans can help us do that."

On the selection front, Shane Supple and Marco Chindea are cup-tied having represented Crumlin United and Athlone Town respectively earlier in the competition.

Derry City boss Kenny Shiels looks set to ring the changes for the trip as a congested calendar starts to take its toil.

"We've had five games in 13 days so it's time to bring some fresh legs into the team," Shiels told the BBC. "There are players on the bench who deserve a go."

One player who looks likely to come in for the Candystripes is new signing Spanish defender Christian Castells.

"We will take a look and see if he's ready to go in after just one week's training," Shield added. 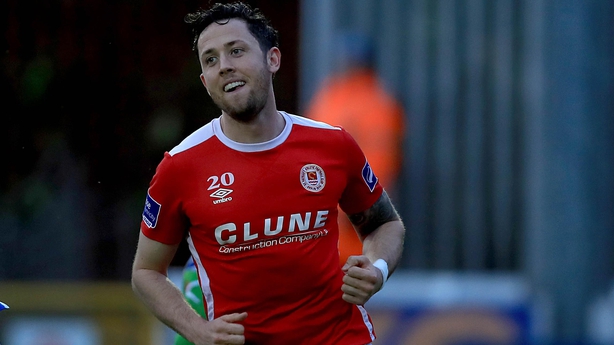 The Saints take on runaway First Division leaders Limerick and Buckley knows they will be no pushovers.

"We've picked up a few results lately so the aim is to keep that going between now and the end of the season," he said.

"Friday's game is the first of two big games we have coming up against Limerick and we'll have to do our homework and be at our best against them as Martin [Russell] has them going great this year.

"It's going to be tight on Friday night so the players know they have to be at it from minute one to 90 plus at the end. We've had success in this competition recently so the hunger is there to achieve that again."

In team news, the Saints welcome Billy Dennehy back after he served a one match suspension, while both Mark Timlin and Keith Treacy are in contention to start having returned to the Saints' squad in last Monday's 1-0 win away to Longford Town. Sam Verdon is a doubt though as he recovers from concussion.

Limerick are 21 points clear at the top of the First Division, one point from promotion and manager Martin Russell wants them to win the league unbeaten.

Russell's side will also face St Pat's in the EA Sports Cup final on September 17, but the Limerick boss is not looking past this tie.

"We're not going to get carried away with ourselves," he told the Limerick Leader.

"We know it's going to be a good week's training, a good week's focus and understanding that we have to go there to play our top game because if we don't, the current Pat's side are a decent bunch," 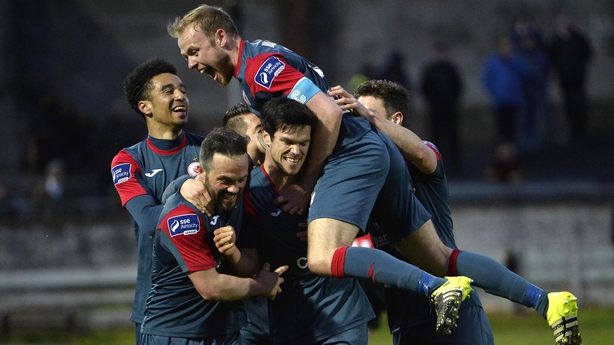 Wexford Youths face Sligo Rovers at Ferrycarrig Park, keen for revenge after a 5-0 drubbing at their hands two weeks ago.

Youths manager Shane Keegan believes that scoreline was a deserved one but is hoping his side can do themselves justice and erase the memory of that result.

"We played Sligo two weeks ago and given the final scoreline it's easy to overlook the fact that for half an hour in the first half we played some of our best football of the season," he said.

"We were shocking in the second half and were deservedly hammered in the end but there was actually a lot in the first half that we can try to build on this time around.

Keegan will have to ring the changes as Danny Furlong, Paul Murphy, Eric Molloy and Chris Kenny are all ruled out through injury, while Gary Delaney is a doubt.

Sligo have hit a rich vein of form of late and manager Dave Robertson is hoping to extend that as well as eyeing a decent cup run.

“We definitely will be looking to do well in this competition," Robertson insisted. "We love the FAI Cup here at our club. We really want to be successful in it and it also gives a route into Europe.

"They are all reasons why we will be 100% at it tomorrow. It is important to me, the fans and the players. The fans that travelled last time were in great voice and I am sure they will be again tomorrow.”

Despite that 5-0 win over Wexford a fortnight ago, Robertson is taking nothing for granted this time out however.

“We have to approach the game in the same way that we approached the one two weeks ago. We know that they are a strong side.

"The have a lot of capability in midfield and have threats up front in Murphy and Furlong. We will give them full respect," he said.

On the injury front, Sligo welcome back Regan Donelon from a hamstring injury but he will just be fit enough to take a place on the bench.