Stoke have announced the signing of Irish defender Ryan Sweeney for an undisclosed fee from AFC Wimbledon.

The 19-year-old, who came through the Dons' academy, has penned a three-year deal with Mark Hughes' side.

Central defender Sweeney made ten appearances for Wimbledon last term as they won promotion to Sky Bet League One via the play-offs.

The Irish youth international thanked the Dons following his departure.

He told the League One club's official website: "Thank you to all the fans for your support and to the manager Neal Ardley for giving me my chance in football, I couldn't thank him enough." 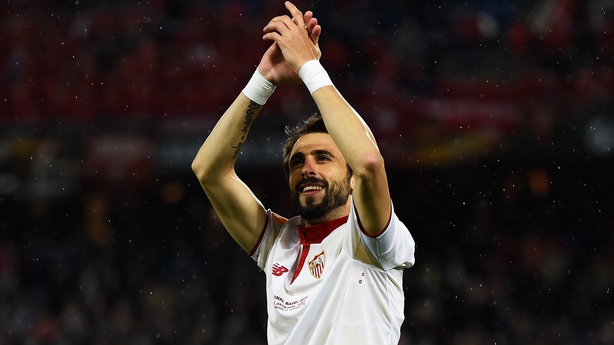 The Senegal international, who can also play as a defensive midfielder, has signed a four-year contract at the Stadium of Light.

The 27-year-old spent the second half of last season on loan at Werder Bremen, helping them to Bundesliga safety with an 88th-minute winner against Eintracht Frankfurt on the final day of the campaign.

Djilobodji began his career in Senegal with ASC Saloum before joining French club US Senart-Moissy in October 2009.

He joined Nantes in 2010 and went on to make 171 appearances, scoring nine goals across five years.

Djilobodji joined Chelsea last summer for a reported #2.7m, but his only appearance came as an 89th-minute substitute in a 4-1 Capital One Cup win at Walsall.

However, despite his minimal impact at Stamford Bridge, Chelsea have trebled their money on a player who has been capped 13 times by Senegal and appeared at the 2015 African Cup of Nations.

"Chelsea Football Club thanks Papy for his service and wishes him well for the future," said a statement on the London club's official website.

Swansea City have completed the signing of Spanish striker Fernando Llorente on a two-year deal.

The 31-year-old, who was part of the Spain squads that won the 2010 World Cup and 2012 European Championship, joins from Sevilla after scoring nearly 130 goals in a career which has also taken in Athletic Bilbao and Juventus.

"The striker, who will wear squad number nine, has signed a two-year contract at the Liberty Stadium after undergoing a successful medical," said a Swansea statement.

Burnley have bolstered their defensive ranks ahead of their return to the Premier League by signing Liverpool full-back Jon Flanagan on a season-long loan.

Flanagan, 23, signed a new long-term contract with the Reds in March, but has been allowed to go out on loan in search of regular first-team football.

Liverpool boss Jurgen Klopp has previously spoken highly of the defender who made a return to action late last season after 20 months out through injury.

Flanagan underwent two knee operations during his time out as his blossoming career, which has already earned him an England cap, was slowed.

The full-back has made more than 50 first-team appearances for the Reds since making his debut aged 18 and made his sole England appearance against Ecuador ahead of the 2014 World Cup - when he was listed as one of Roy Hodgson's stand-by players.

Flanagan is Burnley's third signing of the summer after Johann Berg Gudmundsson and Nick Pope arrived at Turf Moor.

The Daily Mirror reports that Everton offered Romelu Lukaku a whopping £135,000 a week to stay at the club amid interest from former club Chelsea.

Everton are ready to spend even more money to bring Wolfsburg's Julian Draxler to the club, with the Independent reporting that they will pay £63million.

David Alba is interesting Real Madrid, according to Spanish newspaper AS. The Champions League winners are lining up a £55.1m bid for the Bayern Munich midfielder.

Harry Maguire will hand a transfer request in at Hull in order to instigate a £5million move to Middlesbrough, writes the Daily Mail.

ESPN reports that Kasper Schmeichel is the latest player to commit to Leicester, by agreeing a new five-year deal.