Former Republic of Ireland international Andy Reid has called time on his playing days, with a long-term groin injury forcing the Dubliner to retire on his 34th birthday.

The Crumlin native started out with Cherry Orchard and began and ended his professional career in England with Nottingham Forest.

The gifted midfielder won the first of 29 international caps in 2003, but after falling out of favour with Giovanni Trapattoni, was on the periphery of international football for a number of years, though did make a final appearance under caretaker manager Noel King against Kazakhstan in 2013.

Reid has not played a first-team game in almost two years and in career that also saw him play for Tottenham Hotspur, Charlton Athletic, Sunderland, Sheffield United (loan) and Blackpool, says he is grateful for what he achieved in the game.

"I have no regrets and I know I did positive things for every team I played for," he told the Nottingham Post.

"I'm just really, really disappointed that I couldn't finish on a high, maybe with a promotion for Forest. There isn't always a happy ending though.

PM: "We're disappointed to hear of Andy Reid's retirement but we wish him all the best for the future. He was a great player for #NFFC"

"I think my fairytale in football is the fact that I've had a long and, in my opinion, good, career. I'm very, very grateful for that.

“I've had some wonderful experiences, played in some big games, for some big clubs, and I've enjoyed every minute of it."

Reid was a member of the U16 Ireland team that won the UEFA Championship in 1998 and on two occasions (2003/04 and 2013/14) his performances for Forest saw him include on the PFA Championship Team of the Year. 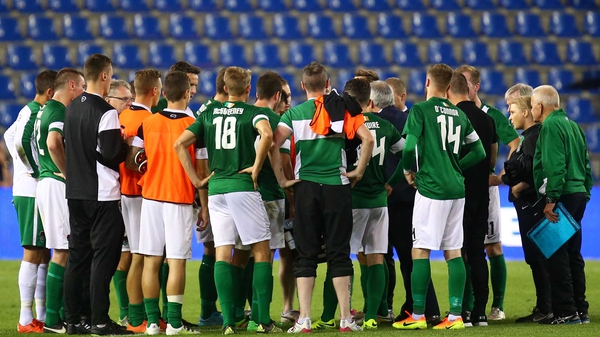