Brendan Rodgers praised 20-year-old centre-back Eoghan O'Connell's performance after the Corkman made his European debut in Celtic's 1-1 draw against Astana in Kazakhstan.

O'Connell, who has represented Ireland at U19 and U21 level is a cousin of former Ireland rugby captain Paul O'Connell.

Rodgers said: "I thought he was outstanding. For a young player, he has been on the fringes for a few years, coming into that environment, under pressure, he had very few mistakes in the game.

"You would expect him to make some as a young player but he coped in a very difficult situation."

Defender Yuri Logvinenko headed the home side ahead from a corner in the 19th minute of the Champions League third qualifying round at the noisy Astana Arena and the Hoops had to withstand some heavy pressure.

But, in the 78th minute, striker Leigh Griffiths drilled in a shot from the edge of the box to stun the Kazakhstan champions, a fightback that pleased the former Liverpool manager no end ahead of the second leg next week.

Rodgers said: "It was an outstanding result for us. Collectively the mentality was the most pleasing thing.

"I think we were all written off before the game, everyone pretty clear in their opinion of the game, that we would do well to come back with anything other than a loss, but the players deserve an immense amount of credit, to fight and show spirit and passion in the game.

"The resilience and strength that we have built up over the course of the pre-season came into effect.

"I was disappointed with the goal, it is nothing new, but we showed a wonderful mentality to keep fighting and in the second half we restricted them to not so many clear chances and ended up scoring a fantastic goal.

"It is only half-time but (it is) a very important result for us."

Astana coach Stanimir Stoilov believes his side will have to improve if they are to survive the tie.

The Bulgarian said: "We will try our best when we go to Glasgow and hopefully we will have a very good spirit over there.

"We will have to double our efforts to get what we want." 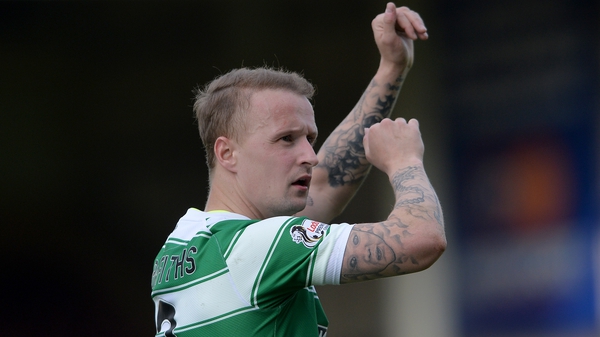