Arsenal chief executive Ivan Gazidis has admitted the club are under pressure to deliver major trophies.

The Gunners have not won the Premier League since their famous unbeaten season 12 years ago and ended a nine-year wait for a major honour when they won the FA Cup in 2014.

They went on to defend it in 2015 but have still yet to record another Premier League crown, while they have fallen at the round of 16 in the Champions League for the past six years.

Arsene Wenger's side were top of the table at the turn of the year but ended up finishing in second place, 10 points adrift of champions Leicester.

And Gazidis, who said last week the club will not break the bank to sign players, knows Arsenal need to go one better this time around.

"We need to win the major titles, and we feel that pressure every day," he told the New York Times.

"And so for us, there is a sense of disappointment and frustration that last season we finished in second place. Second place isn't what we're aiming for. We're aiming to win it.

"Achieving consistency provides us with the opportunity to compete at that level and try to win it every year, and that's obviously a good thing.

Wenger in particular will be keen to add to the silverware he has delivered in what is approaching a two-decade spell in charge.

His current contract expires at the end of the forthcoming season but Gazidis insists it is not a naivety from the boardroom to keep faith in the 66-year-old.

"We don't have any sense of nostalgia," he added.

"Our support for Arsene Wenger is not based on the history of what he's done for our football club, as extraordinary as that is.

"We're very focused on the future. This is one of our core values is that we're progressive and always moving forward. So what's happened in the past is far less relevant to us as what's happening as we look forward.

"And our support of Arsene has been strong, because we see someone who's devoted to the club, who's top class in the way he conducts himself, and in the way he has a positive vision for what football is and what it can be. Now, sometimes we get accused of being naive; I don't view that as naivety.

"I think winning football, and winning it with style and grace, are core values for Arsenal, and Arsene is somebody that we believe can deliver that."

Arsenal have recruited Granit Xhaka, Takuma Asano and Rob Holding so far this summer but have announced they remain active in the transfer window, with a striker and central defender their most likely targets.

The Gunners are currently preparing for a two-match pre-season tour of the United States which begins with a game against the MLS All-Stars on Thursday. 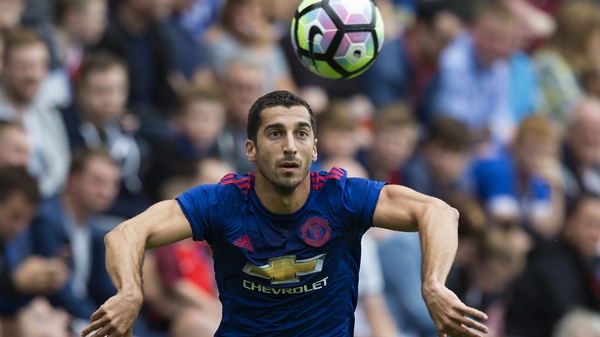