Celtic face a central defensive crisis for their Champions League qualifier against Astana after Erik Sviatchenko was ruled out.

The Danish defender did not fly to Kazakhstan because of a groin strain and joins Jozo Simunovic and Dedryck Boyata on the sidelines, along with midfielder Kristoffer Ajer, who has filled in there in recent games.

On Sviatchenko, manager Brendan Rodgers said: "He had been working well, but unfortunately before the game at the weekend he picked up a groin strain, so he is unavailable for tomorrow night.

We will assess it over the course of the next week or so and see if he will be available for the second leg."

Rodgers is hoping to keep the tie alive for the return game next Wednesday, where the home fans could see Toure make his debut.

"Kolo Toure will be a lot closer next week, expect him to play some part next week," he said.

"It is important that we go back to Celtic Park in good condition.

"We don't need to win it tomorrow night.

"We will have the support at Celtic Park and the intensity and atmosphere that the team play under there will always make it difficult for the opponent.

"But we respect the team that we play tomorrow night.

"They will look to the home game to make the maximum impact that they can in the tie." 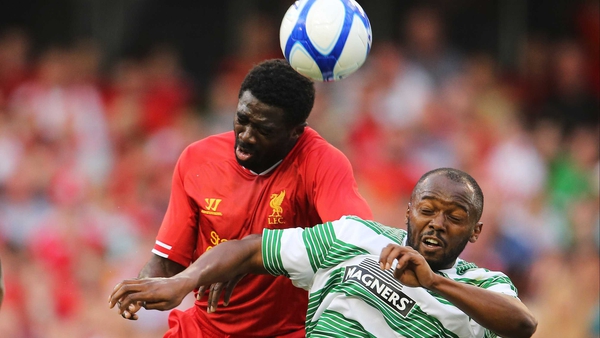