Dundalk midfielder Ronan Finn has bullishly reminded BATE Borisov that Belarus is no longer unknown territory for the Lilywhites as they look to gain some Champions League revenge on Tuesday night.

Stephen Kenny's men were narrowly edged out 2-1 over two legs last year in the second qualifying round of Europe's elite competition 12 months ago, with BATE going on to make the group stages and taking four points off Italian giants Roma.

They play the first leg of the third qualifying round at the Borisov Arena tomorrow night (7pm), and Finn is desperate for another taste of the big stage.

“I’m looking forward to it," he said. "They’re a good club, great setup, but you wouldn’t want to be playing anywhere else to be honest. It’s a great occasion for us.

Brian Kerr outlines how important Cork and Dundalk's Euro odysseys are for the ambitions of the league as a whole.https://t.co/c3LlMa1g7Y

“We’re a bit more aware about them. We’re not going into the unknown and in European football that’s a big thing.

"I’m sure they know a bit more about us as well so it will make for a good game.

The Airtricity League reigning champions kept their European dream alive with a thrilling 2-2 draw away to FH Hafnarfjordur in Iceland last week, as away goals sent through.

Finn expects a sterner test against the Belarusians, but is confident his team-mates can rise to the challenge.

"We done well last week, I thought we were the better team. It will give us a bit of confidence going into tomorrow but we know these are a step up again, so the game could be played differently and tactically we could have to be be a bit more aware.

"But we’re a good side as well; I’m sure they’ll be worried about us too." 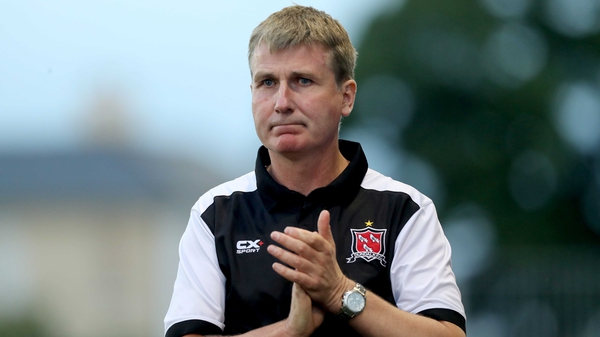