Republic of Ireland U21 international Eoghan O'Connell turned Brendan Rodgers' head with a classy 20-yard strike against Leicester City at Parkhead on Saturday.

The 20-year-old centre-back spent last season on loan with his hometown club Cork City, but will be hoping to make his mark under the new man this term.

He curled in a lovely leveller against Leicester City just after the hour mark to cancel out Riyah Mahrez's opener in the International Champions Cup clash.

Algerian midfielder Mahrez, linked with a move to Arsenal, opened the scoring at the start of the second half for the visitors with a wonderful effort before O'Connell equalised.

A raft of second-half substitutions highlighted the friendly aspect of the encounter and with no more goals it went to spot-kicks, a rule of the competition.

Christian Fuchs, Marcin Wasilewski, Danny Drinkwater, Ben Chilwell and Shinji Okazaki had all scored for the Foxes before Daniel Amartey's success with the sixth secured the win. 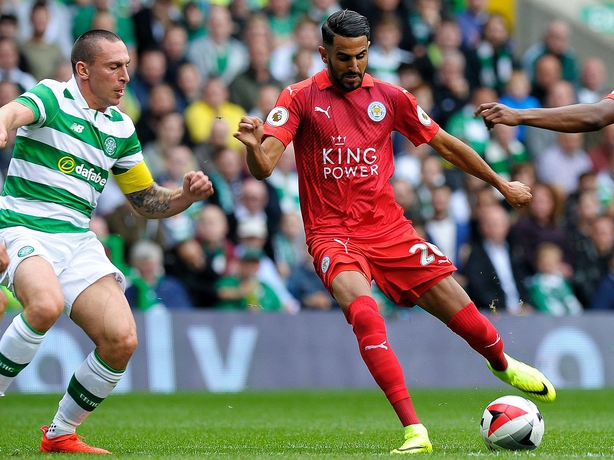 Both sides went into the game with different agendas and levels of fitness.

Claudio Ranieri's English champions are still preparing for the defence of their title - it was only their second game - while Celtic have a crunch Champions League qualifier against Astana in Kazakhstan on Wednesday.

The visitors were not at full strength but had top players such as skipper Wes Morgan, Drinkwater and Mahrez in their starting line-up.

Rodgers tinkered with his defence, bringing in Saidy Janko and moving Mikael Lustig alongside the returning O'Connell with Emilio Izaguirre also back in the side.

In an open start to the match City striker Leo Ulloa failed to convert a Drinkwater cross before the visitors' new keeper Ron-Robert Zieler made saves from Leigh Griffiths and fellow Hoops striker Moussa Dembele. 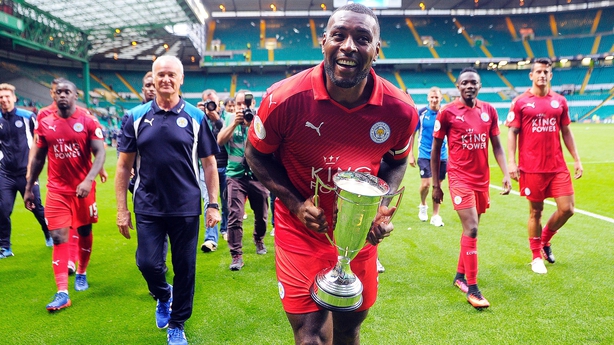 Leicester's threat on the break remained evident and in the 24th minute Mahrez took a Drinkwater pass and his left-footed shot from the edge of the box just escaped Craig Gordon's far post.

In the 36th minute, at the other end, Zieler made a fine save from Griffiths' thunderous 20-yard free-kick at the expense of a corner which he punched clear.

Within a minute of the restart Celtic were a goal behind when Mahrez worked a yard of space for himself at the edge of the box and curled a wonderful shot past the flailing Gordon.

It was a touch of class which was replicated by O'Connell when, during a spell of pressure, he guided the ball past substitute keeper Schmeichel at the far post, for his first goal for the Parkhead club.

Both sides immediately made another raft of substitutions but a constant was the touches of class shown by Mahrez who was given a round of applause by the Celtic fans in the 70th minute when he was replaced by Fuchs, with Celtic making even more changes.

However, the match was destined to be decided by penalties where the visitors came out on top, helped by Schmeichel.