Bruce has brought his four-year reign at the club, who he led to two promotions to the top flight, to an end in the same week he was interviewed for the England manager's post.

The former Birmingham, Wigan and Sunderland manager was reportedly unhappy with a lack of assurances from the club's owners over the recruitment of new players.

Mike Phelan, Bruce's former Manchester United team-mate and his assistant at Hull, has been placed in caretaker charge.

A statement on Hull's website read: "Following four incredible seasons with the Tigers including two promotions and our first ever FA Cup final, we can confirm that manager Steve Bruce has left the club by mutual consent.

"The Board of Directors would like to thank Steve for all his efforts since his appointment in 2012 culminating in a glorious day at Wembley in May which saw the club bounce back into the Premier League.

"Steve has excelled in his role - both on and off the field - and will be remembered for being the most successful manager in our history to date.

"Steve Bruce wishes the club and the owners all the very best for the forthcoming Premier League season.

Steve also wishes to place on record his thanks to the club's supporters for their unwavering support and also to all the players and staff who have worked with him during his time at the KCOM Stadium.

"Mike Phelan will step in to the role of caretaker manager until a permanent appointment is made for the upcoming campaign."

Bruce's departure came following a meeting with the club's owners, with the former Manchester United defender having failed to take training on Friday morning.

Bruce, interviewed on Monday for the England job, which has been handed to Sam Allardyce, is understood to have sought assurances from chairman Assem Allam over the club's future and player recruitment.

Bruce led Hull to promotion to the Premier League via the play-offs in May but has ended his four-year tenure at the KCOM Stadium.

It was his second promotion to the top flight with the club, while he also led them to the FA Cup final for the first time in their history in 2014 when they lost to Arsenal.

Bruce, whose offer to resign in 2015 following the club's relegation was turned down, revealed he was unsure of his future after the Tigers' play-off triumph against Sheffield Wednesday in May.

Chairman Allam, who missed the trip to Wembley after undergoing surgery, has been in takeover talks with two American consortiums and the club announced this week that those had been put on hold to allow them to prepare for life back in the top flight.

But no major new signings have been made and Bruce's frustration at the club's failure to strengthen their squad has grown with goalkeeper Allan McGregor, Michael Dawson, Moses Odubajo and son Alex all ruled out through long-term injury. 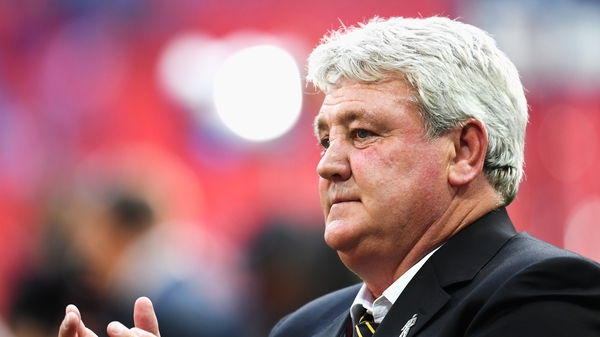