Arsenal manager Arsene Wenger has warned the United Kingdom's decision to leave the European Union could have a lasting effect on the Premier League.

The Frenchman professed his surprise at the result of June's EU referendum which saw the country vote in favour of Brexit - with the UK planning to withdraw membership as a result.

Football Association chairman Greg Dyke has said it would take two years to know just what consequences the vote could have on English football while Premier League officials said the global appeal of the division 'will continue to be the case regardless of the referendum result'.

Wenger, who has been in charge of the Gunners for nearly 20 years, believes the effects will not be felt straight away but that leaving the EU could impact upon the Premier League in the future

"It worries me, it shocks me too," the 66-year old told France Football. "Nobody knows how exactly this is going to translate into a practical plan. Nobody really knows where we are going.

"But the shock, is that we discover that in England there is a majority of people who want to leave the European Union.

"The players will see their wages come down a bit and the competition with Germany, for example, will be stronger.

"In my opinion, it is overwhelmingly in the long-term that there are questions to be answered. The way in which England will leave the European Union will dictate the future of the Premier League.

"If the league becomes less attractive, the broadcasters will offer less money for the rights, club revenues will decrease and the Premier League will suffer the consequences. There lies the problem."

With a new multi-billion pound television deal coming into force for the new season and beyond, Premier League clubs should still be able to afford the continent's best players. 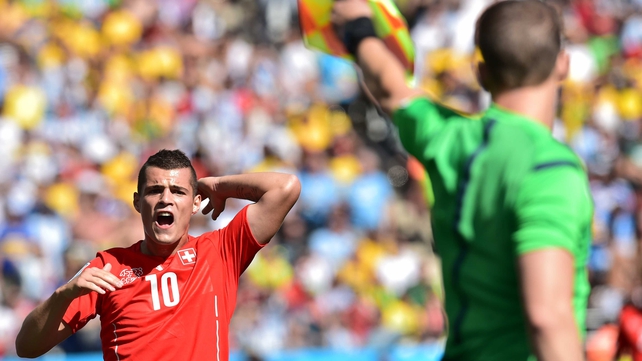 But Wenger, who has so far this summer splashed in excess of £30millon on Switzerland international Granit Xhaka and agreed a deal in principle to sign Japanese striker Takuma Asano, believes Britain's exit from the EU could impact the appeal of a move to the Premier League.

"We thought that one day the best players from Real and Barca would say 'I also want to go to England because everyone is over there'," he added.

"All of that is now uncertain and Brexit is a spanner in the works. It will have consequences, not in the very short term, but in the long term, yes.

"The big English clubs have the means to keep hold of their biggest assets. The most important thing lies elsewhere. Currently, the league is seen as the most attractive one and that image could disappear."