Ryan Giggs is to leave Manchester United after 29 years to pursue his managerial ambitions, the Premier League club have announced.

Giggs, who made a record 963 appearances for the Red Devils, had one more year on his contract as assistant manager but new boss Jose Mourinho is expected to give that role to Rui Faria.

The Old Trafford club had hoped Giggs could be persuaded to stay on in a different role but the 42-year-old Welshman has decided to move on.

A club statement read: "Ryan Giggs is to leave Manchester United, the club he has been with since the age of 14, to pursue his desire to be a manager."

He turned professional as a 17-year-old in late 1990 and made his first team debut against Everton on 2 March 1991.

He became player-coach following the appointment of David Moyes as manager ahead of the 2013/'14 season and he managed United for the last four games of the campaign following Moyes’ sacking.

He was appointed assistant manager by Louis van Gaal in 2014, but he won’t remain at Old Trafford under new boss Jose Mourinho.

The Cardiff-born former Wales international has his UEFA Pro Licence, meaning he is allowed to manage at the top level.

Giggs has spent the last two seasons as Louis van Gaal's assistant, having served a short stint as caretaker manager after David Moyes' departure at the end of the 2013-14 campaign

In total he won 34 trophies during his playing days, making him the most decorated player in United's history.

But the fans' favourite has never hidden his desire to progress as a manager and he is widely believed to have been disappointed that he was overlooked for the top job.

In a heart-felt statement released on Saturday, he spoke about his long-time association with the club.

"After 29 seasons at Manchester United as a player and assistant manager, I know winning is in the DNA of this club - giving youth a chance, and playing attacking and exciting football. It’s healthy to have high expectations, it’s right to expect to win. Manchester United expects, deserves, nothing less," said Giggs.

"This is why it is a huge decision for me to step away from the club that has been my life since the age of 14. It has not been a decision that I have made lightly. I'll take away so many special memories as well as a lifetime of experiences that will, I hope, serve me well in the future.

"However, the time feels right and, although I have no immediate plans to step into management, it is where I want to be.

"I’ve been extremely fortunate in having two great managerial mentors; first in Sir Alex, who I’ve spent the majority of my life working with and learning from and who I believe will remain as football’s greatest-ever manager and in more recent times, Louis van Gaal, whose CV speaks for itself. The knowledge I have gleaned from them has been invaluable.

"I want to reiterate my thanks to the backroom staff and support teams at Manchester United I’ve worked with over the years. The results on the pitch are a reflection of the hard work off it. I would not have achieved the success I have without the dedication, sacrifice and commitment of these people in creating the best environment for the team to succeed.

"I want to congratulate José Mourinho on his appointment as manager of the world’s biggest club. There are only a handful of proven winners at the very highest level and José is unquestionably one of them. I know the fans will welcome him.

"My final thank you is to the fans. I cannot begin to tell you how much I will miss walking out at Old Trafford in front of you. It’s extremely difficult to say goodbye after 29 years. I have loved every minute both as a player and assistant manager. The support you have always shown me has been phenomenal; thank you.

"It’s time for a new chapter and a new challenge. I’m excited about the future - I’ve had the best apprenticeship into management anyone could ever ask for." 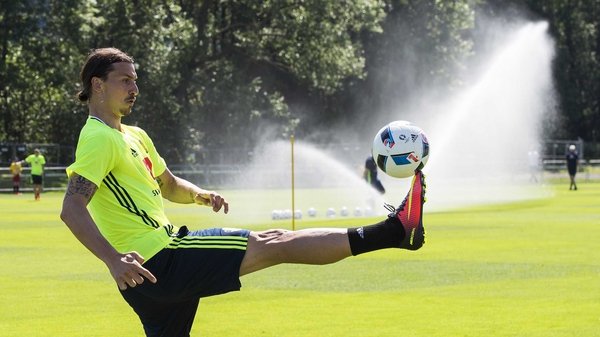