Liam Buckley’s side however have left themselves with a not inconsiderable task ahead as they failed to fully impose themselves on Jeunesse Esch.

Wth just one goal in it, St Pat’s can expect the Luxembourg side to be a very different proposition back in the Grand Duchy next week.

Hoping to stem the flow of three successive defeat and desperate to bring a lead to Luxembourg for next week’s return, the Saints boss went for his most experienced side with three changes from last Friday’s defeat at Dundalk.

Former Republic of Ireland international Keith Treacy came in for his first start since April to anchor midfield, while David Cawley and Fagan also returned from the start against a Jeunesse side that gave debuts to six new signings.

And it was Fagan’s tenacity and guile that carved the first chance or St Patrick’s on five minutes. The striker won the ball to get in behind on the left to deliver a low cross that had just too much pace on it for the in-rushing Graham Kelly.

But Fagan’s early endeavours were soon rewarded as he duly broke the deadlock five minutes later to give the Inchicore crowd the start they would have craved.

Darren Dennehy powered a header off a spot from Conan Byrne’s first St Pats’s corner of the night and the rebound came back to the big central defender whose precise cross found Fagan who dived low to head to the net from just yards out to become the club’s top scorer in Europe with five goals.

However, the game became flat as St Pat’s struggled to up the tempo against a side that were happy to keep everyone behind the ball.

Fagan remained the chief bright spark for the home side, though, cutting in from the left on the half hour to see his deflected shot win a fourth corner.

St Pat’s did raise the pace of the game as the interval approached with Kelly, and then Fagan, heading wide from superb deliveries in from the right from skipper Ger O’Brien.

The lead really should have been doubled on 40 minutes as Ian Bermingham met Billy Dennehy’s cross only to head wide from close range. 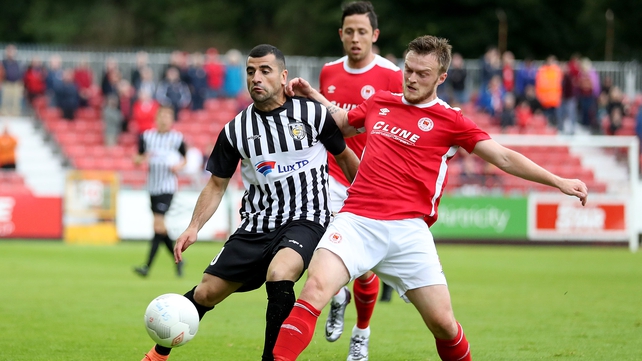 Jeunesse enjoyed a good deal of the ball early in the second half and really should have levelled 11 minutes in.

Giancarlo’s Pinna’s cross was flicked on by Martin Ontiveros for striker Patrick Stumpf who somehow sliced over the bar, much to Saints’ relief.

David Cawley’s shot from long range was deflected wide on 70 minutes as Saints struggled in their search for a second goal.

Sean Hoare did have the ball in the Jeunesse net on 73 minutes, but it was ruled out for an offside.

Jeunesse then came close again to levelling four minutes later as the impressive Darren Dennehy had to clear off the line from a Robin Mertinitz header.

Saints pressed late on with Fagan’s powerful shot bringing a parry save from Marc Oberweis in the visitor’s goal on 79 minutes.

But this was a far from convincing display by St Patrick’s as the tie remains very much in the melting pot ahead of the second leg. 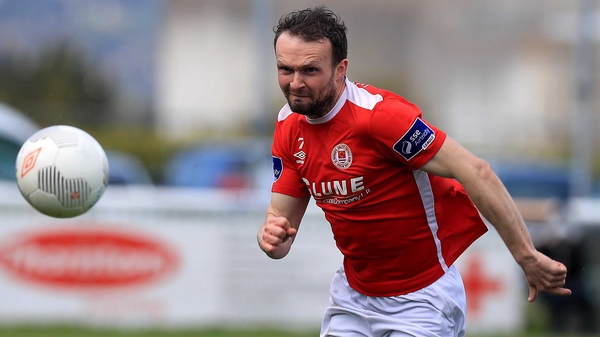