Alan Stubbs is hoping to be reunited with Anthony Stokes this summer after confirming he is trying to bring the Republic of Ireland striker to Rotherham.

The 27-year-old Celtic forward worked with new Millers boss Stubbs while on loan at Hibernian last season, where he scored nine goals in 19 starts, and could be primed to leave Parkhead this summer

He has one year left on his deal, but fell out of the reckoning under former boss Ronny Deila after a Twitter outburst, and also appears to have no future under replacement Brendan Rodgers, meaning he could be available on a free transfer.

Stubbs, who swapped Easter Road for the Sky Bet Championship side last week, got the best out of Stokes, who wrote himself into Hibs folklore with two goals in their William Hill Scottish Cup win over Rangers - their first triumph in the competition for 114 years.

And the Millers boss is hoping for a reunion, though admits there will be competition.

"I wouldn't rule out an interest in Anthony Stokes. But we wouldn't be on our own," he said.

"There will be a number of clubs interested him, particularly if it's a free transfer.

"I know him from his time at Hibs and at Celtic. Obviously, it doesn't hurt that I have a good relationship with him already.

"I like to have a good relationship with all my players. I talk to them before and after training. I have had a lot of players from Hibs ring or text me to wish me well since I moved to Rotherham."

Stokes joined the Scottish champions in 2010 and scored 76 goals in 192 appearances, but played just twice last season under Deila.

He made the headlines last December when he was suspended by the club for two weeks after taking to Twitter to complain at being omitted for the Hoops' game with Inverness.

He tweeted: "Buzzing to be brought all the way up to Inverness with the team to sit in the stands today, lovely weather for it too..." 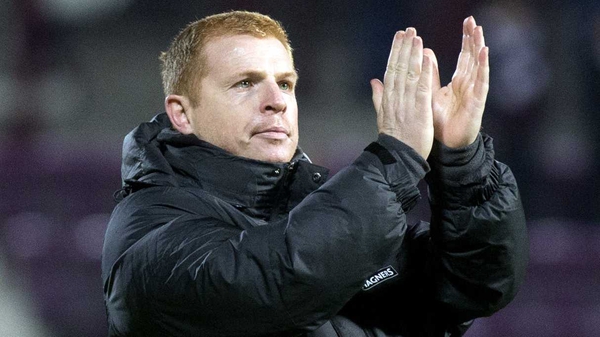 Reports: Neil Lennon set to take over at Hibernian