Bayern Munich are not going to listen to any offers for Robert Lewandowski this summer, according to the man who oversees their transfer activity.

The Poland striker has been linked with a move to Real Madrid or the Barclays Premier League having netted 30 goals in the Bundesliga last term.

He is just one of the stars clubs will have their eyes on at Euro 2016, but Bayern's technical director Michael Reschke says they would all be wasting their time making an approach for the 27-year-old.

"There is no chance that Lewandowski will be sold"

"He's going to be playing for Bayern Munich again next season, there's absolutely no doubt about it," Reschke told Italy's Radio CRC.

"He still has three years on his contract here and we know that we have the best striker in the world in our squad.

"That is why there is no chance that he will be sold."

Bayern have been linked with a move for Napoli's Gonzalo Higuain in the event of Lewandowski moving on, but Reschke's rejection of the latter also rules out the former.

"Gonzalo Higuain is one of the three or four best strikers in the world, but we've got the very best right now with Lewandowski," he said.

"That is why it makes no sense for us or for the player to sign another striker." 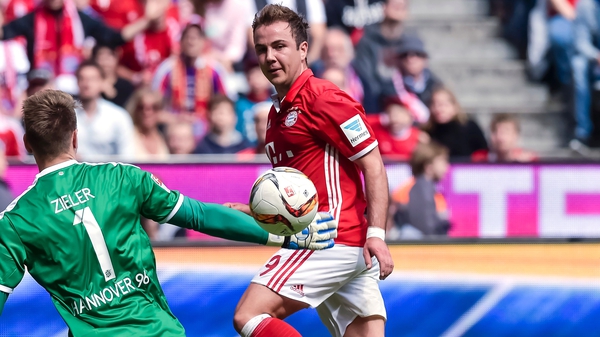