Roberto Di Matteo has said he is honoured to be Aston Villa’s new manager after the club officially confirmed the appointment today.

The former West Brom and Chelsea boss succeeds Remi Garde, who was sacked in March ahead of Villa's relegation from the Barclays Premier League.

Di Matteo, who guided Chelsea to Champions League glory in 2012, makes his return to management a year after leaving German side Schalke.

Roberto Di Matteo has called it a "wonderful honour" to be named Aston Villa manager.

He arrives at a club in a tailspin, suffering the effects of problems both on and off the pitch which culminated in relegation from the Barclays Premier League following just three league wins - and four managers.

Despite returning to management at Championship level, the former West Brom and Chelsea boss is relishing the challenge of what lies ahead as he attempts to repeat his success with the Baggies in 2010 by winning promotion back to the top flight.

He said: "It's a wonderful honour for me to become manager of this great football club and I'm looking forward to the challenge of taking Aston Villa back to its rightful place."

Di Matteo, a Champions League and FA Cup-winner with Chelsea, has been out of work since leaving German club Schalke just over a year ago.

The 46-year-old has always been the number one choice for prospective new owner Dr Tony Xia. David Moyes and Nigel Pearson, who was appointed Derby manager on Thursday, were also linked to the job at Villa Park but it is thought Di Matteo's achievements at Chelsea were most appealing to Xia as he looks to build Villa's profile in the Far East.

And former Villa striker Dion Dublin believes his friend and former neighbour is a good fit for the Villa job.

"I lived opposite him for three years so know him quite well. I feel he has got the knowledge to take Villa forward," said Dublin.

"Villa are such a big football club and well respected that the Championship is not so much of a drop down for him. It's a very hard league to get out of but it's a sign of Roberto saying, 'Okay, I'm happy to take on the challenge, I don't want everything put on a plate for me'.

"It's down to Roberto to prove how good he is and how good his recruitment is to get them back into the Premier League. I'd back him all the way."

Clarke, out of work since being sacked by Reading last year, is highly regarded as a coach and worked under Jose Mourinho at Chelsea for three years. Like Di Matteo, the 52-year-old Scot also had some success with the Baggies, taking them to their highest Premier League finish of eighth place in 2013.

Meanwhile, Villa are still waiting for approval from both the Premier League and Football League over Xia's proposed takeover at Villa Park.

The Chinese businessman, 39, recently bought the club from American Randy Lerner, who had been looking to sell since 2014.

Xia needs to pass the customary test in order for his takeover of the club to be completed but he has already promised extensive funds for player recruitment. 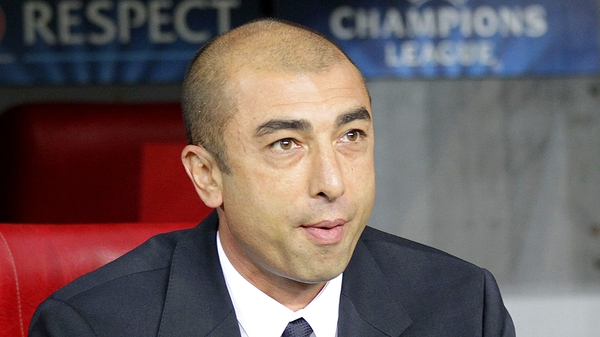