Jose Mourinho has told everyone associated with Manchester United to forget the three-year period under David Moyes and Louis van Gaal as he looks to replicate the triumphant history that made the club a "giant".

Months of speculation came to a head this week as Van Gaal's turbulent two-year reign was brought to an end, just days after winning the FA Cup.

Wembley glory was unable to mask poor Premier League performances in terms of style and substance, with United quickly following up their long-reported interest in the Portuguese.

Talks started on Tuesday but it took until Friday for the terms of the contract to be ironed out and United to announce the former Chelsea manager on a three-year deal, with an option to stay at the club until at least 2020.

"Well, I think I am in the right moment in my career because Man United is one of these clubs where you need really to be prepared for it because it is what I used to call a giant club.

"And giant clubs must be for the best managers and I think I am ready for it, so I could say I am happy, I am proud, I am honoured, I am everything."

I will give absolutely everything to try and go in the direction we all want."

Mourinho's excitement to be taking over a club with a "mystique and a romance" is clear, as is his desire to revive United's ailing fortunes.

Turgid, prosaic football led to the club's worst scoring return in the league for 26 years and saw Van Gaal's side miss out on Champions League qualification to neighbours Manchester City on goal difference.

United have failed to make European football's top table in two of the three seasons since Alex Ferguson retired - a period of dissatisfaction Mourinho wants to forget.

"I think I prefer to forget the past three years, I prefer to focus on the giant club I have in my hands now. I think what the fans are expecting me to say is that I want to win.

"So, yes, I want to focus on the history of this giant club and give what I have and what I don't have, so I will give absolutely everything to try and go in the direction we all want."

Mourinho's use of the collective "we" and talk of winning is quite the change to Van Gaal, the man he once assisted at Barcelona.

"You know, I think I know what they can give me," Mourinho said of United's fanbase. "I think also they know what I can give them.

"There was empathy, no problems and, in fact, I was pushed by that feeling to say sometimes things that my clubs were not happy with.

"I remember, for example, when I won at Old Trafford with Real Madrid, I told that the best team lost. Not many people was happy at Real Madrid."

Mourinho's relationship with his new club's fans could be tested should Ryan Giggs' near 29-year association with the club come to an end.

It is understood that United's most decorated player has an offer to stay on, although it is unclear what that role would be having been assistant to Van Gaal.

No confirmation on the fate of the rest of his predecessor's backroom team has yet been forthcoming, but Mourinho is expected to bring in his own staff.

As for his first signing, Zlatan Ibrahimovic is reportedly close to joining United after his time at Paris St Germain came to an end.

The Sweden striker has a "great relationship" with Mourinho after working together at Inter Milan and said with a smile "let's see what happens" when asked on Thursday if he had an offer from United. 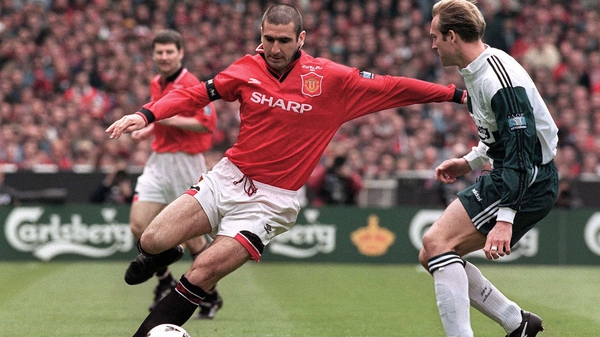 Eric Cantona: Jose Mourinho is the wrong man for United