Pat Fenlon’s league worries were put to one side at Tallaght Stadium with a straightforward victory over their Munster Senior League opponents.

Former Shamrock Rovers captain Dan Murray, who led the Hoops to back-to-back league wins in 2010 and 2011, was in the starting line-up for the Cork-based side.

The Students looked to be sailing through to the next round after first-half goals from Gary O’Neill, Gregory Sloggett and Kieran Waters gave UCD a 3-0 half-time lead.

But a quick-fire Ryan Brennan hat-trick 11 minutes after the break pulled the Seagulls back in the game.

The Wicklow men’s luck seemed to be turning when Gary O’Neill missed a penalty for UCD midway through the second period but a goal from Ryan Swan shortly after was enough for UCD to edge this thrilling topsy-turvy encounter.

First Division side Drogheda United have taken Premier Division high-flyers Derry City to a replay after a hard fought 1-1 draw at the Brandywell.

It was a tale of two penalties for the Candystripes after Sam O’Connor gave the visitors a shock lead.

A second-half penalty from Rory Patterson was saved by Stephen McGuinness but the goalkeeper couldn’t repeat his heroics 14 minutes later when Aaron McEneff scored from the spot to ensure the two sides would meet again.

New signing Lukas Schubert came off the bench to make his debut for the five-time winners in the second half.

Daryl Horgan produced another man-of-the-match performance as Cup holders Dundalk saw off the challenge of First Division Shelbourne on a 2-0 scoreline.

Horgan netted his fifth goal of the season from a superb Robbie Benson pass to give the home side the lead.

Ciaran Kilduff then doubled Dundalk’s advantage late on with a spectacular acrobatic finish from a Darren Meenan corner.

It’s the second time Dundalk have knocked Shels out of a cup competition this season after they beat Kevin Doherty’s side in the Leinster Senior Cup earlier this year. 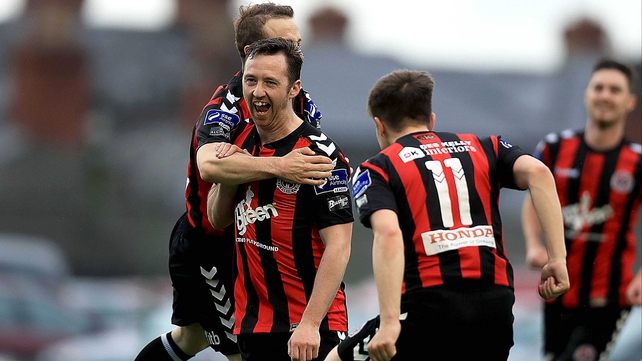 Bohemians ended their barren run in front of goal with a 2-0 win that knocked Galway United out of the competition in the only all-Premier Division tie of the round.

Keith Long’s side had failed to score in their previous seven matches but goals from Paddy Kavanagh, who later had to be substituted after a late tackle by Galway’s Alex Byrne, and a penalty from Mark Quigley ensured the 2008 winners will be in the pot for the next round.

Cork City eased to victory over non-league St Peter’s with a comprehensive 4-0 win at Turner’s Cross in the first ever meeting between the two teams.

The Premier Division side, who won seven out of the last eight matches before this evening, had too much quality for their opponents to handle and it showed from early on.

Kevin O’Connor opened the scoring for the 2015 finalists after 10 minutes before fine strikes from Gavan Holohan and Stephen Dooley ensured the game was over at half-time.

Mark O’Sullivan scored a fourth just after the break but the Athlone-based side failed to wilt in the second half despite the mounting pressure from the Leesiders.

In front of a crowd of 268 people, the midlands outfit earned their first win in 15 attempts thanks to a spectacular strike from Lee Duffy and a simple finish from Philly Gannon in the first half.

Three goals in the final 30 minutes were more than enough to see Wexford Youths past Firhouse Clover on a 3-0 scoreline at Ferrycarrig Park.

Although Wexford were drawn as the away team for this second round encounter, the decision was made to play the match in Wexford, and goals from Jonny Bonner and a double from Paul Murphy - a penalty and a late free-kick - saw Shane Keegan’s side breeze into the next round. 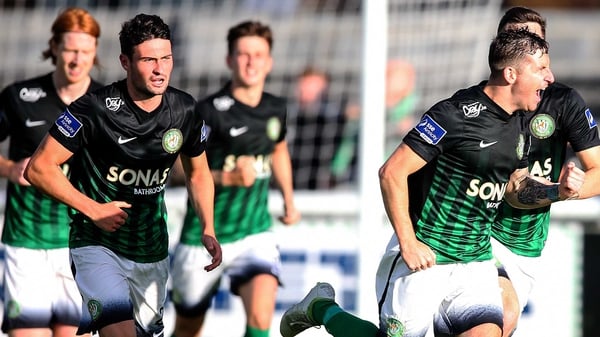 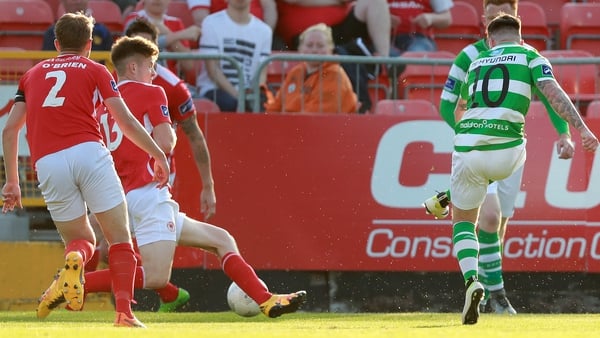 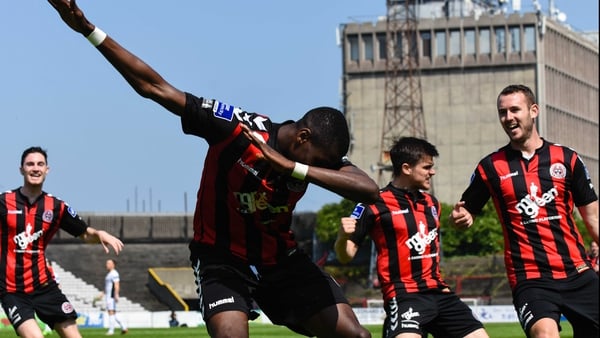 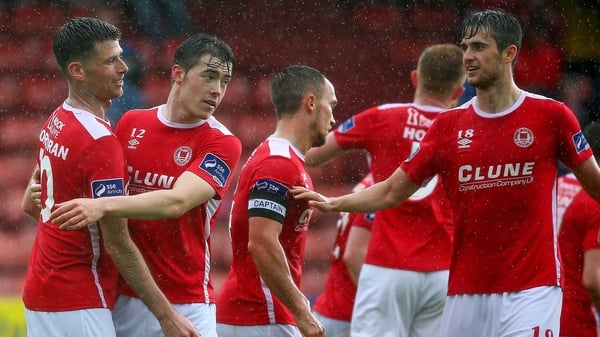