Romelu Lukaku will leave Everton this summer, with Bayern Munich or Manchester United the preferred destination according to the striker's father.

The 23-year-old is rumoured to be a man in demand after netting 25 goals for the Toffees this season.

Roger Lukaku said in Belgian newspaper Het Nieuwsblad that he expected a transfer to have been completed before the start of the European Championship next month.

"At the moment I think Manchester United or Bayern Munich are the most suitable for him, especially Bayern," he said Lukaku.

"Every year they play at least in the semi-finals of the Champions League and the Bundesliga will suit him tremendously.

"He cannot go to Italy because they keep things closed at the back and it is too hard for an attacker.

"What is certain, to continue to make progress, he needs to change clubs, but we are mainly engaged in making the right choice."

Lukaku senior backed his son's agent, Mino Raiola, to help the striker make the right decision for his future.

"Romelu will help determine the choice, but the agent usually has the last word," said Lukaku.

"I hope, and think, Mino is fair, and that he is acting in the interest of the player. Now, with Romelu, it will be quickly arranged. I think it will be in order before the European Championship."

Lukaku joined Everton initially on a season-long loan from Chelsea in September 2013. The move was made permanent the following summer, with the Toffees splashing out a club-record fee of £40 million.

The Goodison Park club are currently looking for a new manager after Roberto Martinez left the job just before the end of the recent Premier League season following a hugely disappointing campaign. 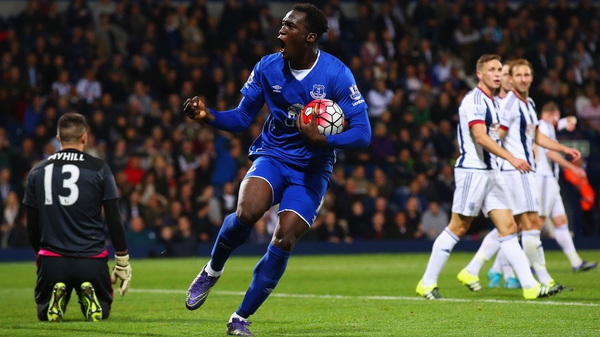