Barry McGuigan has called on the "appalling" Tyson Fury to "grow up" after receiving online abuse from Britain's world heavyweight champion.

Controversial WBA, IBF and WBO heavyweight champion Fury branded McGuigan a "traitor" on Twitter in response to criticism from the former featherweight champion.

Fury has been widely criticised after making homophobic, sexist and anti-Semitic comments in a YouTube broadcast, with promoter McGuigan describing the 27-year-old "like a child (who) has no filter, no off button" in a column for the Daily Mirror.

Fury labelled McGuigan "a traitor to your home country" in response on Twitter, leading the Irishman to offer a further riposte.

"Tyson is appalling and comes out with some appalling stuff," McGuigan told Press Association Sport.

"He was unnecessarily abusive towards me and my past and he can't behave like that.

"Grow up Tyson and catch a grip of yourself."

Fury's YouTube broadcast on Friday drew an immediate complaint to the British Boxing Board of Control (BBBofC) from the Campaign Against Antisemitism.

McGuigan wrote in his Daily Mirror column he felt "lucky" for having tried and failed to sign Fury, who faces Wladimir Klitschko on July 9 in a rematch for the WBA, IBF and WBO titles. 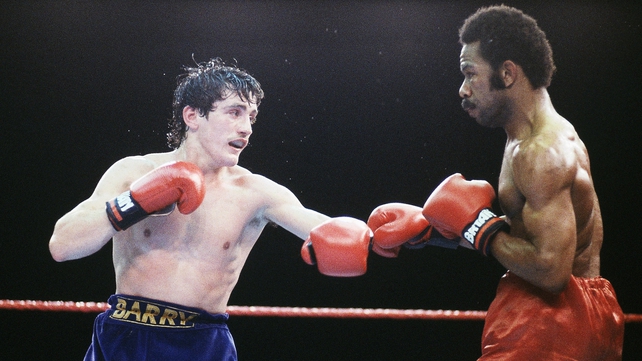 Fury tweeted in response to McGuigan's comments: "u are a traitor to your home country, gave up your Irish title to fight for the British, & u backdoor people in bizness,#C5".

McGuigan quickly received a number of social media posts in his defence, referencing the widely accepted view he helped bring a degree of unity to Northern Ireland through his sporting exploits in the 1980s.

Fury's video on Friday referred to "Zionist, Jewish people ... (who) own all the banks, all the papers, all the TV stations" and posted further tweets on Friday evening regarding his views on Jewish people.

Allied to personal attacks on Klitschko in the video, Fury also voiced extreme views on bestiality, paedophilia and women.

Fury has previously been warned about his conduct by the BBCofC.

Lennox Lewis has warned Fury that as world heavyweight champion he has a responsibility to improve his conduct, but recognises that even as the "bad guy" Fury cannot lose.

As one of Britain's two heavyweight champions, along with Anthony Joshua, he is vying for the British public's affections and has so far not received the same acclaim as the Londoner.

If he were to win that battle the financial rewards would unquestionably be significant, but while Lewis is concerned about the damage he is doing to the reputation of one of the greatest titles in sport, he ultimately believes it may do Fury little harm.

"He should know how to conduct himself," Lewis said in the build-up to the Amir Khan-Saul Alvarez fight earlier this month.

"He's the heavyweight champion of the world. And this world that we live in, they like when you say outlandish things.

"He knows - he plays to the press and he plays to the public. But being the champion, obviously you've got to watch what you say, and he'll learn, just by the backlash of people coming back at him. These are just learning things.

"But bad guys make a lot of money. People come to see you win, or lose. Anthony Joshua is the golden boy for British boxing right now, so obviously he's going to get a lot of fans support, a lot of people are going to be behind him." 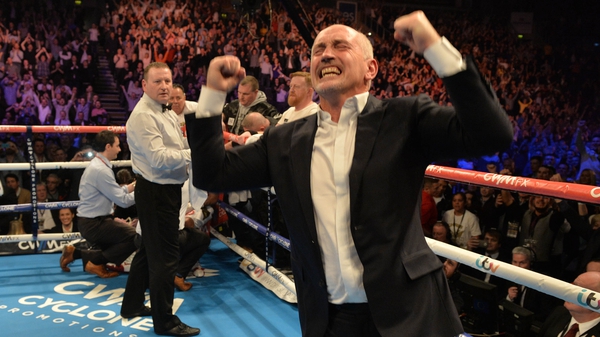