Defender Gerard Pique praised Barcelona's resilience after they ended an emotion-filled season by clinching top spot in La Liga with a 3-0 victory at Granada on Saturday.

Barca were nine points clear at the start of April before three successive defeats set up a thrilling three-way race with Real Madrid and Atletico Madrid who eventually had to settle for second and third respectively.

"We've had to win the league twice, we were so far ahead and we thought we had it wrapped up," Pique said after a hat-trick from Luis Suarez secured their 24th La Liga crown.

"Then it looked as if we'd lost it although we always had it in our hands. Twenty years ago Barca would have lost this league because we've drowned in our own pessimism many times.

"This generation has changed that, this is a winning team, one that can stand up and be counted, a team you can rely on."

Barca left back Jordi Alba hit out at the critics that emerged in April.

"I hope you're all happy although I know that a few of you won't be," he said. "Today is a day to celebrate with the Barca fans who stayed with us in the bad times.

"I suffered because I knew we couldn't slip up again. We deserve this title and those of us who have lived it on the inside appreciate it.

"We have won trophies almost every year and that's for a reason," added Alba.

Suarez said: "We showed we deserve to be champions. We have suffered but Barca are made for this, for winning trophies." 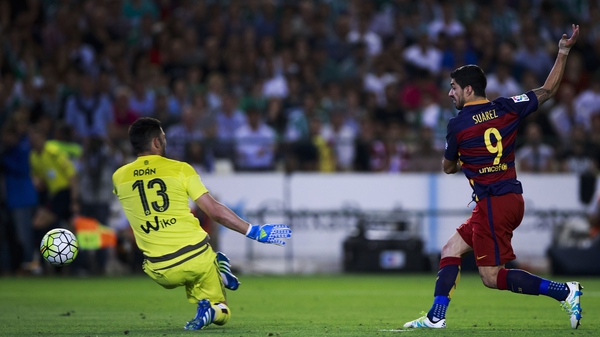