By Dave Hooper at Richmond Park

Jamie McGrath grabbed a dramatic equaliser for St Patrick’s Athletic in the final minute of normal time as they drew 3-3 with Longford Town in Richmond Park in the SSE Airtricity League Premier Division.

St Pat’s came from behind three times on the night, with Sam Verdon, Conan Byrne and Jamie McGrath cancelling out strikes from Philip Gannon, Conor Powell and David O’Sullivan.

Liam Buckley made just one change from the side which beat Galway United 3-0 on Tuesday, with Verdon replacing the suspended Graham Kelly.

Tony Cousins rang the changes for his Longford side, James Mulhall, Lee Duffy, Kaleem Simon and Mark Rossiter all coming into the side which lost 4-2 to Wexford Youths.

Longford had the ball in the net with 11 minutes on the clock, Darren Dennehy’s clearance only making it to Kaleem Simon on the edge of the box.  Simon’s mishit his shot which fell to Lee Duffy and he found the top corner. However, luckily for Pat’s, it was offside.

Town were shouting for a penalty after 23 minutes, with David O’Sullivan’s shot striking Darren Dennehy’s arm, but referee Doyle ruled that it was on the edge of the box.

The visitors couldn’t capitalise on the position, Philip Gannon’s free-kick coming straight back off the wall.

The Premier Division’s bottom club looked ineffective in front of goal in the first half, having scored just eight goals so far this season and Kaleem Simon was guilty of a glaring miss on 32 minutes.

Town goalkeeper Ian Molloy made a mess of Billy Dennehy’s corner a minute before the break but Darren Dennehy didn’t get enough power in trying to hook the ball over Molloy.

Philip Gannon opened the scoring 35 seconds into the second half as his daisycutter swerved through Darren Dennehy’s legs and away from the diving Brendan Clarke into the net.

The celebrations  didn’t last long for Town, with Verdon heading Billy Dennehy’s corner home off the bottom of the crossbar three minutes later.

Conor Powell restored Longford’s lead on 63 minutes after Town countered from a Pat’s corner. Powell came off the right wing on his left foot and shot past Desmond and under Clarke’s grasp.

Longford were finding joy down the Saints left-hand side. Josh O’Hanlon got behind Lee Desmond on 69 minutes but his shot went the wrong side of the post.

Mark Timlin rattled the Longford post 60 seconds later with a volley after Lee Desmond’s shot deflected off a defender.

Substitute Byrne grabbed the Saints’ second equaliser, collecting Ger O’Brien’s pass in space on the right and advancing into box and sliding the ball past the on-rushing Molloy.

Byrne cracked Longford open down the right-hand side five minutes later, his pull-back from the line found Timlin, who was denied by a combination of Molloy and Mulhall.

Dennehy saw red five minutes from time for a foul on David O’Sullivan and O’Sullivan converted the spot-kick at the second time of asking.

McGrath ensured a share of the spoils in the 89th minute as he converted Lee Desmond’s cross into the bottom corner of the Longford net. 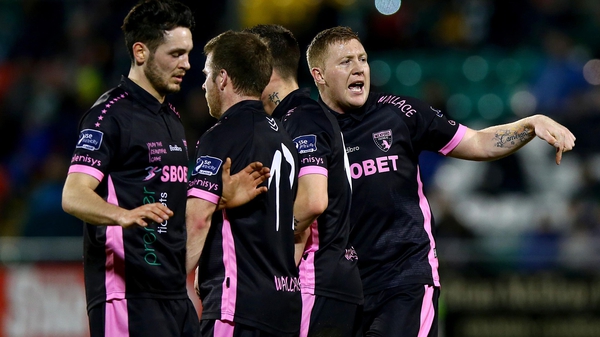 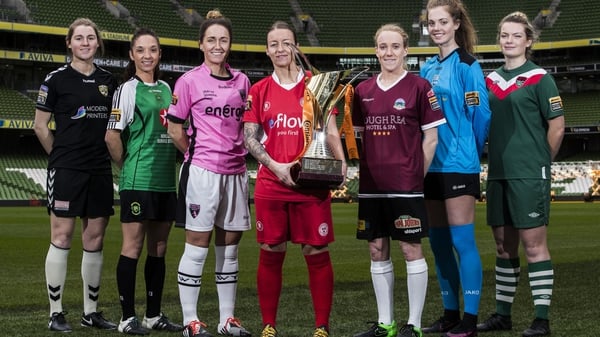 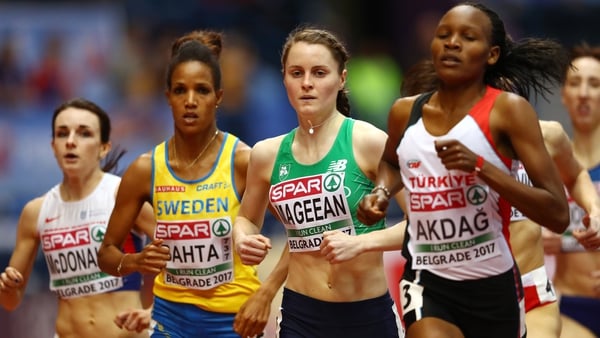 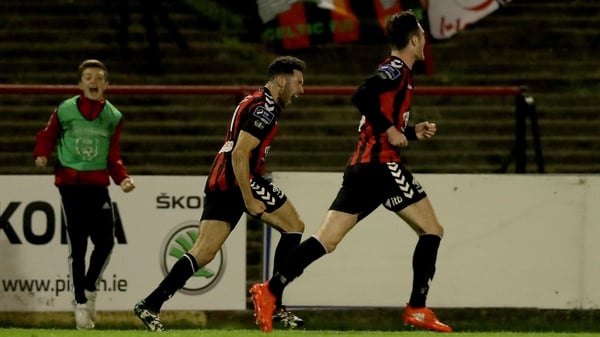 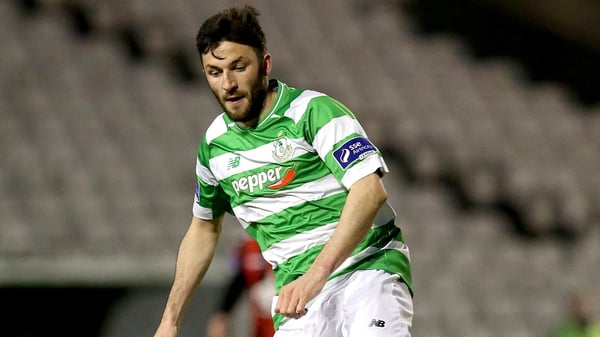