Dundalk midfielder Ronan Finn has said there's a huge hunger within the ranks to keep the chasing pack at bay after landing the SSE Airtricity Player of the Month award.

Finn netted five goals in a fruitful April as Stephen Kenny’s Lilywhites maintained their spot at the top of the table, sitting four points ahead of Cork City.

It's the first time that Finn has won the monthly award which was presented to him today by Anne Sweeney from SSE Airtricity.

The Dubliner has six league goals for the season in 11 appearances, and highlighted the back-to-back champions' desire to make it three in a row after a strong start.

"It’s my first time to win it so I’m delighted," said Finn on accepting the honour. "A few of the lads in the squad have won one and I've had a couple of seconds so it’s nice to finally win one.

“April was a good month for us as a team, we picked up some good results and we have kept that good form going.

“We’ve been playing well. Standards are high and the hunger is still definitely there. Stephen made sure that never slipped.”

Dundalk have had to deal with injuries to strikers Ciarán Kilduff and brothers Ciarán and Michael O’Connor, leaving David McMillan as there only fit and recognised forward.

However Finn hailed the squad players who have stepped up to the mark to keep them flying high.

“David has been great. We’ve had players from all over the pitch chipping in with goals too," he added.

“I wouldn’t say we’re down to the bare bones but we’re limited at the moment. We’re lucky we have a strong squad.” 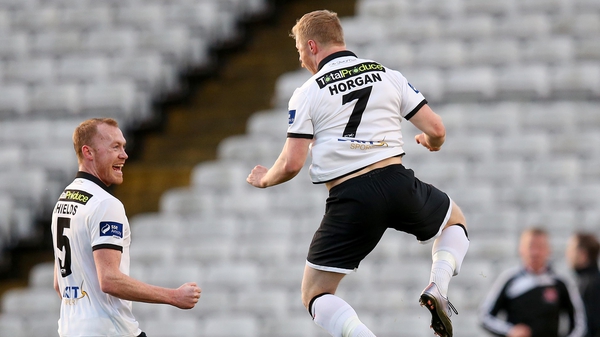