Bayern Munich have announced the double signing of Borussia Dortmund’s Mats Hummels and Benfica’s Renato Sanches for a reported cost of more than €70m.

The Dortmund captain returns to his hometown club on a five-year deal for an undisclosed fee, reported to be €38m after winning two league titles with Dortmund since joining the club in 2008, initially on loan.

"Mats is one of the best central defenders in the world and we're able to improve the quality of our team even further with him."

Hummels had informed Dortmund recently of his desire to leave them this summer, a year before his contract in Westphalia was due to expire, and return to Munich.

"This was not an easy decision for me after eight and a half successful years with BVB,” he told the club's website:

"I was always proud and still am to wear the BVB shirt and to be part of this extraordinary team."

Hummels' current and future employers meet in the final of the DFB-Pokal on 21 May and he stressed he remains committed to Dortmund.

"Before I return to my home city in the summer, we still have the huge, mutual goal of bringing the DFB-Pokal back to Dortmund and celebrating a huge festival of football with the BVB fans," he said.

"I and my team-mates will give everything for that." 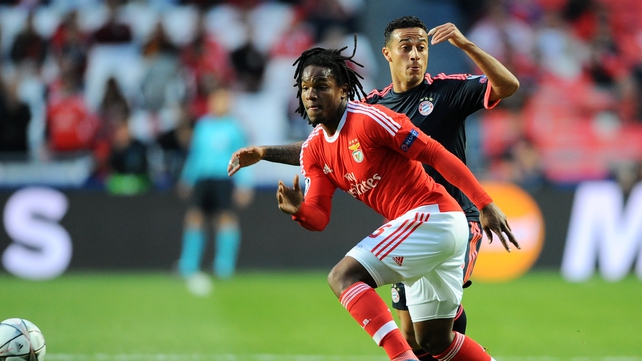 Incoming manager Carlo Ancelotti will also have the highly sought-after Sanches in his squad for next season after the club confirmed a deal which will cost the Bundesliga champions an initial €35m, which could rise to €80m in potential add-ons.

The teenager has signed a five-year contract in Munich after passing a medical today.

"Bayern have been watching Renato Sanches for a long time," said Rummenigge. "We're pleased that we have been able to sign him, despite competition from some big clubs.

"Renato is a dynamic midfielder who is strong in the tackle and technically gifted, and he is going to strengthen our team further."

Although he will not be his coach next season, ceding the Bayern reins to Carlo Ancelotti, Bayern coach Pep Guardiola has also spoken highly of the 18-year-old.

"He's by far and away one of the best young players in Europe," he said. "He's got a lot of quality and personality, and he runs a lot. He's got a great future ahead of him."

Sanches made his debut for the senior Portugal national team in March and has played 24 league games for Benfica this season, in addition to making six appearances in the Champions League.