Spurs also seem likely to use the home of English football as their league base throughout the 2017/18 season as their new stadium is being constructed.

"We are certainly in discussion with Spurs that they should come in for the full season when they're rebuilding their stadium," said FA Chairman Greg Dyke.

"I think we're a long way down the path on reaching an agreement. I think there's some discussion about whether they'll play their Champions League games there at Wembley next year but I don't know much about that.

"On the full season, I think we're quite close to a deal."

Spurs have already qualified for next season’s Champions League, even though their run towards a first league title since 1961 ran out of steam as Leicester took the crown.

They plan to move into the new stadium at the start of the 2018-19 campaign.

Next term's home Champions League fixtures could also be played there given White Hart Lane's capacity is likely to be reduced from its current 36,284 to facilitate construction of the new ground.

"I think Chelsea might come for a longer period." - FA Chairman Greg Dyke

Dyke also said Chelsea could play home games at Wembley in the near future.

The Blues have plans to redevelop their Stamford Bridge ground, which could leave them needing a temporary home for several seasons.

"I think Chelsea might come for a longer period," he added.

"Chelsea have got really exciting plans for their stadium. They're going to demolish the whole thing and build a whole new stadium on the existing site.

"If they came (to Wembley), that would mean them coming for three years."

Tottenham confirmed they are looking at where to play European games next season.

The club did not mention Wembley, but in a statement said: "In order to comply with all UEFA stadium requirements for staging Champions League fixtures, we are discussing options that include the possibility of playing our European games away from White Hart Lane next season."

Around 4,000 seats will be lost at White Hart Lane next season, Tottenham clarified.

The club said in the statement: "The impact of any works that might be undertaken in the North East corner would result in a reduction in seats for games next season of approximately 4,000 in total when general admission and corporate seats are included." 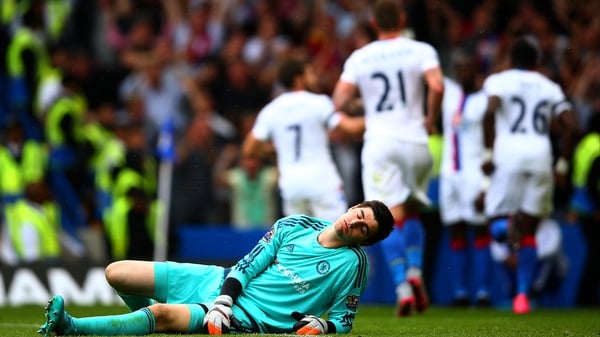 Courtois '100%' staying at Chelsea next season