Leicester were crowned Premier League champions after Tottenham conceded a two-goal lead in a bad-tempered 2-2 draw at Chelsea.

Spurs needed to end their 26-year wait for victory at Stamford Bridge to have any hope of overhauling the Foxes and were 2-0 ahead at half-time through goals from Harry Kane - his 25th in the league this season - and Son Heung-Min.

Gary Cahill pulled a goal back before substitute Eden Hazard belatedly rediscovered his blistering form of last season with the goal which denied Spurs and saw Leicester crowned champions.

Tottenham's failure to see out victory can be attributed, at least in part, to their indiscipline in a niggly encounter which will see numerous incidents scrutinised by the Football Association.

Nine Spurs players were booked, four after Hazard's equaliser, and the players left the field squabbling.

Both clubs can expect a charge for failing to control their players, but Spurs' charge sheet is likely to be a lengthy one.

Mousa Dembele can expect to be charged after appearing to poke the eye of striker Diego Costa in a melee at the end of the first half.

The mass confrontation began when Danny Rose and Willian faced up to each other, with Mauricio Pochettino coming on to the pitch to intervene.

Costa himself might have seen red for motioning his head towards Jan Vertonghen after the Spurs defender had grabbed his shirt, while Kyle Walker kicked Pedro off the ball and Cesc Fabregas claimed Erik Lamela trod on him.

Spurs' most recent win at Stamford Bridge was in February 1990, when Gary Lineker scored the winner.

And now Leicester fan Lineker will have to fulfil his pledge of hosting Match of the Day in his underwear as the Foxes are champions.

Leicester boss Claudio Ranieri was rumoured to be flying to Stamford Bridge following lunch in Italy with his mother, but his whereabouts was unknown.

The Leicester players gathering at striker Jamie Vardy's Melton Mowbray home would have been optimistic of a memorable night as Chelsea made a bright start.

Cahill headed wide from a corner and the stress was telling on Tottenham as Dembele and Walker lost their cool.

Dembele and John Obi Mikel had a heated discussion after the midfielder had stepped over Fabregas. 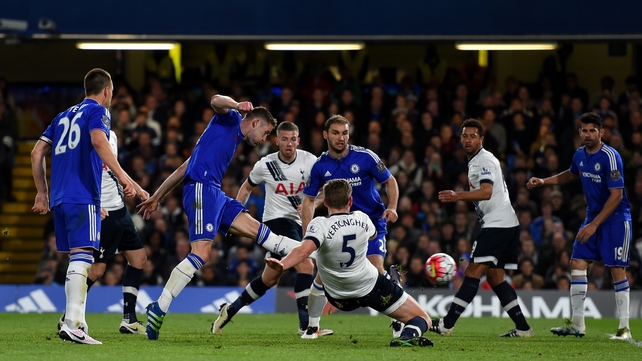 And Walker kicked Pedro off the ball and then received a yellow card for a late tackle on the same player.

Fabregas passed a shot wide of the post after being teed-up by Costa, while Rose shot over and Son wide for Spurs, whose pace was troubling Chelsea.

Hugo Lloris tipped a Costa effort over before Spurs took the lead as John Terry, returning after missing 10 of the previous 12 games, played Kane onside.

Vertonghen and Costa added to their running feud before Spurs struck once more.

Begovic's poor goal kick was not dealt with and Branislav Ivanovic gifted the ball to Christian Eriksen. The Dane fed Son, who finished with aplomb.

Son shot just wide early in the second half, but Chelsea pulled a goal back when a Willian corner fell for Cahill, who fired in.

Hazard, on for Pedro, tried to inspire Chelsea and one run ended with Willian denied by Lloris. Walker made a vital intervention to prevent Hazard's cross being turned in by Costa.

Substitute Ryan Mason should have done better on the counter and Spurs were made to pay when Hazard brilliantly equalised.

Tottenham had conceded just twice in their prior six league games and their reaction was to take out their disappointment on Chelsea as Leicester celebrated. 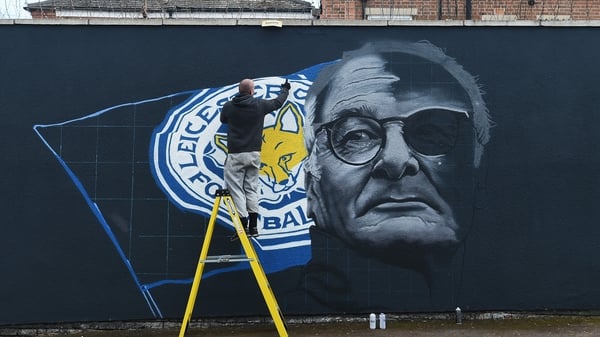