The £12million January signing struck with 58 minutes gone - his third goal in five games - to give the home side a precious lead, but it took a 70th-minute penalty saved by Karl Darlow to deny Magpies old boy Yohan Cabaye an equaliser.

Victory, coupled with Sunderland's draw at Stoke, eased Newcastle out of the bottom three ahead of Norwich's trip to Arsenal and left the bulk of a crowd of 52,107 dreaming of a great escape with just two games remaining.

Benitez's men ran out knowing nothing short of a win would be good enough and a sell-out crowd at St James' Park settled down in the hope that Sunderland boss Sam Allardyce was correct in suggesting that Place's players would have been "on the pop" all week after reaching the FA Cup final.

If Allardyce's intention was to fire up- the Eagles, it certainly worked as they enjoyed the better of the first half.

Former Magpies head coach Alan Pardew enjoyed a relatively low key return to Tyneside with his presence barely acknowledged by a home crowd with rather bigger issues at stake, but his game-plan was apparent from the off.

The visitors targeted makeshift right-back Vurnon Anita from the first whistle with Yannick Bolasie employed as tormentor in chief, and Chancel Mbemba's efforts to help out his team-mate resulted in an early booking.

Georginio Wijnaldum saw his volley saved by Wayne Hennessey, but opposite number Darlow had to beat away Cabaye's 27th-minute strike from a tight angle. 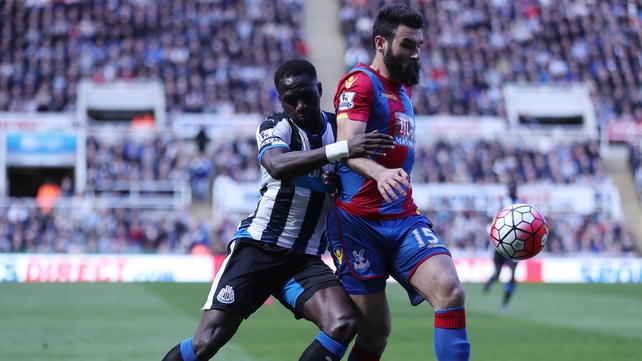 Bolasie was causing all kinds of problems and whistled a 33rd-minute piledriver just wide after Townsend had lost possession inside the Palace half, and he forced another fine save from Darlow with a stinging volley two minutes before the break.

In the meantime, Hennessey had to throw himself full-length to keep out Mbemba's long-range effort.

Wijnaldum went close five minutes after the restart when he turned past Cabaye from Mbemba's pass, but saw his shot blocked by Damien Delaney, and Hennessey fielded Townsend's 55th-minute effort with little difficulty.

But the former Tottenham, midfielder broke the deadlock in style three minutes later when, after being fouled by Scott Dann, he curled a superb free-kick past the helpless Hennessey.

Palace fought for a way back into the game as an increasingly nervous Newcastle dropped ever deeper in an attempt to preserve their lead, and the Eagles got their chance were awarded a penalty for handball by Moussa Sissoko as he challenged Scott Dann with 20 minutes remaining.

However, Darlow dived to his left to keep out Cabaye's effort as St James' breathed a collective sigh of relief, one which was repeated on the final whistle after a tense conclusion resulted in no further drama. 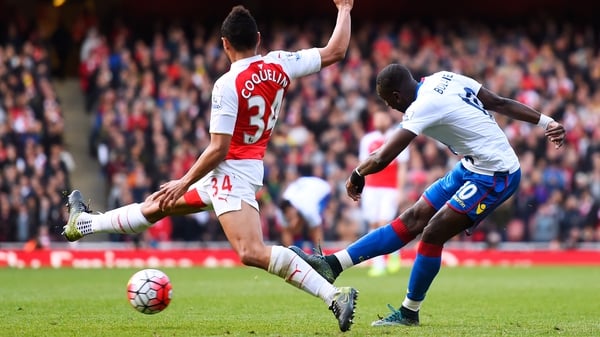