A plane flying the banner 'Roberto must go' was followed by a handful of fans in the Gwladys Street End holding up 'Martinez Out' signs and chanting 'Get out of our club' at the end of the 2-1 win.

Only five home league wins in the last 12 months tells its own story and it is unlikely Baines' goal, after Marc Pugh had cancelled out Tom Cleverley's strike inside the opening 10 minutes, will ease the pressure.

Despite his easy-going appearance, Martinez has a stubborn streak and if his stint at Goodison Park is coming to an end he is determined to go out on his own terms.

The decision to give Oumar Niasse a Premier League debut ahead of 25-goal leading scorer Romelu Lukaku was a bold one which smacked of sticking two fingers up at his critics.

Prior to his full debut Niasse had played just 29 minutes of football since December 10, his last match for Lokomotiv Moscow before a £13.5million January move to Goodison Park.

Just a fortnight ago Martinez had said it would be a "bonus" if he played again for them this season because of his fitness levels but on this evidence he should change that assessment to "unthinkable" as he looked well off the pace.

Martinez's decision to recall goalkeeper Tim Howard, who had not played since 24 January and leaves for Colorado Rapids in the summer, for his penultimate Goodison farewell also did not impress fans.

The American, at least, performed well enough although Pugh's ninth-minute equaliser caught enough of his body before creeping over the line to raise questions among his detractors.

It was no surprise the visitors pegged Everton back, or did it so quickly, as confidence at home has been fragile and even Cleverley's strike two minutes earlier - incredibly from Ross Barkley's first assist of 2016 - failed to settle nerves. 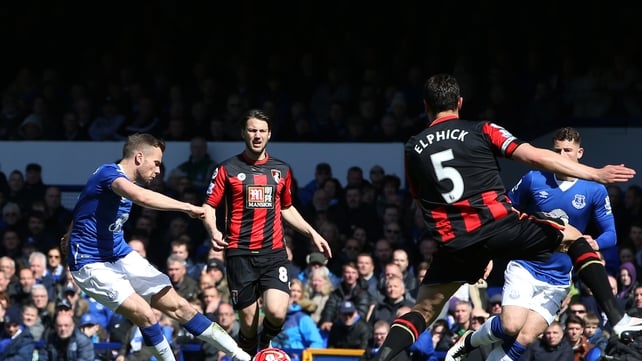 The midfielder's finish was a smart one but so was Pugh's, who swept home Callum Wilson's cross despite Everton complaining the striker had nudged 21-year-old Matthew Pennington, making his Premier League debut, in the back in winning the ball out wide.

Goodison's atmosphere was less toxic than expected - rumoured protests failed to materialise - but still surreal as 20 minutes in Bournemouth fans sang 'Sacked in the morning' to Martinez and pockets of the home crowd applauded.

Just when it seemed the day could not get any more odd the 35-year-old Tony Hibbert replaced Muhamed Besic at half-time - 508 days after his last appearance.

That was partly because the failed Niasse experiment was ended on the hour with Lukaku sent on to add some firepower. However, it was winger Aaron Lennon who provided the breakthrough as his run and cross in the 64th minute was rammed home at the far post by Baines, his first goal for 42 matches.

Bournemouth substitute Benik Afobe has two efforts to level things up, the first blocked by Pennington, and such has been their form at home it was something of a surprise Everton did not concede before the end. 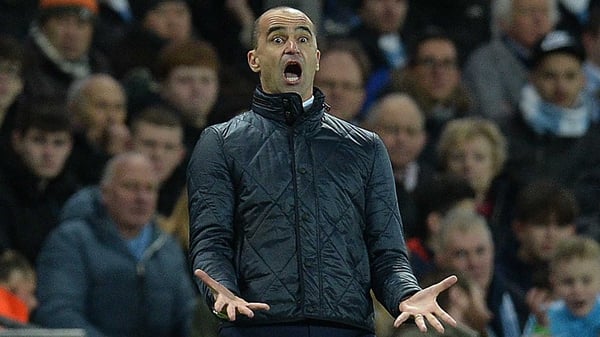 Judge me over years, not months, says Martinez