UEFA president Michel Platini expressed his optimism of overturning his six-year ban from all football-related activity, as his Court of Arbitration for Sport (CAS) appeal began in Lausanne.

He will discover by 9 May if he has overturned a six-year ban from all-football related activity.

A CAS spokesperson said at the end of the eight-hour hearing that Platini would know the result of his appeal by 9 May at the latest.

Platini and Sepp Blatter were punished in December over a 2 million Swiss francs (£1.3m) "disloyal payment" made to the Frenchman by the former FIFA president.

They were given eight-year suspensions which were reduced by two years in recognition of their services to the game, but both deny any wrongdoing and are challenging the bans in Switzerland.

Arriving for the CAS hearing, Platini was quoted by the website of French radio station RTL as saying: "Today it is the start of the match - a new match, a final - and we are all on the same line. I am optimistic, we will win."

Blatter's appeal against his six-year ban will be heard at a later date.

"I hope my participation helps in finding a solution to this problem." - Sepp Blatter

But the 80-year-old former FIFA president attended the hearing to give evidence about the payment he approved for Platini in 2011 as backdated, uncontracted salary.

"I hope I have given important information in this case, which is of interest to me. I hope my participation helps in finding a solution to this problem.

"I found the atmosphere very fair, very correct, and I leave this meeting with a calm conscience." The verdict on Platini's case is expected sometime next week.

UEFA will be keenly awaiting the outcome as it has delayed presidential elections until Platini's case is concluded.

Angel Maria Villar has been named as UEFA's acting president, while Gianni Infantino has succeeded Blatter as FIFA president.

Platini has already been invited to this summer's European Championships in France, but the ban from football-related activity would not allow him to attend the tournament in any capacity which could appear official. 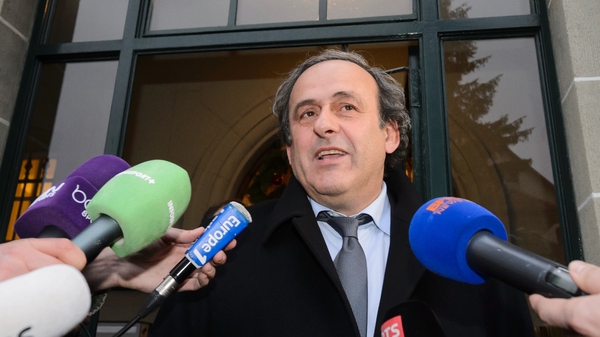