The home side bossed the game virtually from beginning to end and it was a Karl Sheppard goal in the 25th minute – his first against the Saints - that proved to be the difference between the teams.

The visitors, missing Christy Fagan because of injury, arrived to the ground just 45 minutes before kick off and rarely threaten to get back on level terms aside from a handful of set pieces.

John Caulfield made one change to the side that overcame Shamrock Rovers earlier in the week, opting to bring back Kenny Browne following suspension with Michael McSweeney dropping to the bench.

Liam Buckley, meanwhile, rang the changes for his side after their defeat to Bray Wanderers. Darren Dennehy, Shane McEleney and Dinny Corcoran were all included in his starting XI, alongside 36-year-old goalkeeping coach Pat Jennings, who had to step in for the suspended Brendan Clarke and injured Conor O’Malley between the posts.

The hosts have made strong starts to their last three fixtures in Cork and looked bright and full of energy as they moved the ball around the pitch with plenty of tempo in the opening minutes.

Steven Beattie failed to direct his header on target from a Sheppard cross with five minutes on the clock, while Sean Maguire was the instigator of a fine move on 12 minutes only for Garry Buckley to make a poor connection with the Pat’s net almost at his mercy.

Having settled into the contest, former City man Darren Dennehy headed right and wide from Conan Byrne’s corner in response in the 14th minute. Full back Michael Barker then blazed an effort high and well off target five minutes later.

Sheppard saw a shot blocked by Darren Dennehy on 22 minutes but – easing any nerves from the home side – the breakthrough goal was to arrive moments later.

Good work from Maguire allowed Buckley nip by Sean Hoare and find Sheppard on the left-hand side of the Pat’s box.

With two goals to his name already in the past week, the forward took a touch before lifting the ball over Jennings – hitting the post and then the back of the net courtesy of an unlucky deflection off Barker on the way.

The Leesiders would have two further opportunities to extend their advantage before half time.

Good work from Alan Bennett, Sheppard and Beattie led to Maguire skewing an effort wide from close range on 33 minutes.

The striker then turned provider shortly before the break when his blocked shot fell into the path of Beattie, only for the winger to drive his shot to the right and wide.

Playing into the Shed End of the ground, City were the team to push forward initially in the second half.

Buckley headed over from a Sheppard cross on 52 minutes before the 2,769-strong crowd roared for a penalty kick as another shot from the midfielder slapped off the arm of Darren Dennehy. However, referee Derek Tomney had no interest in appeals from the stand.

Buckley introduced Jamie McGrath and Keith Treacy to the action on 62 minutes in an attempt to give his side some fresh impetus. However, the next chance went the way of City once again.

From a Kevin O’Connor corner, Buckley directed a fine header on target only to see Darren Dennehy clear his lines.

Mark O’Sullivan joined the action with 15 minutes remaining. However, apart from one half chance for the attacker, it was a relatively tame end to the contest with Pat’s failing to register a single shot on target. 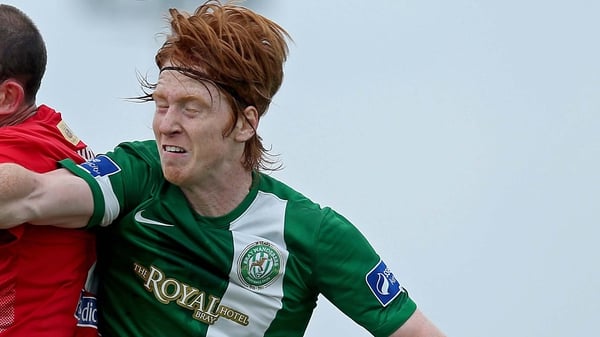 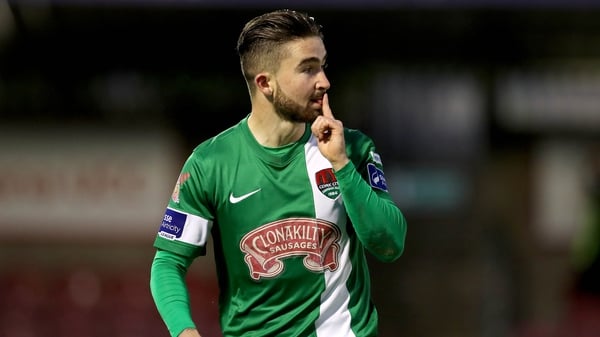