Leicester City striker Jamie Vardy will miss Sunday’s clash with Manchester at Old Trafford when the Foxes could wrap up the Premier League title.

The English Football Association confirmed that Vardy has been hit with a two-match ban and fined £10,000 following his recent red card against West Ham.

He was hit with an improper conduct charge, one which he admitted, following his furious reaction towards referee Jon Moss after being sent off for diving in last week's 2-2 draw with West Ham.

Vardy, Leicester's 22-goal top scorer this season, requested a personal hearing as he wanted to explain his outburst but will sit out another game.

An FA statement read: "Following an Independent Regulatory Commission hearing, Jamie Vardy has been given a one-match suspension with immediate effect, fined £10,000 and warned as to his future conduct.

"The Leicester City forward had accepted an FA charge of improper conduct following his second half dismissal against West Ham United on Sunday 17 April 2016."

The normal suspension for being sent off on two yellow cards is one game, though Vardy's punishment was doubled after he abused the match official.

The club has also been fined  £20,000 after admitting an FA charge of failing to ensure its players conducted themselves in an orderly fashion.

The sanction, which the Foxes accepted, followed the award of an 83rd-minute penalty during the game with the Hammers.

Vardy will return for Leicester's final home game of the season against Everton on May 7, having missed Sunday's 4-0 win over Swansea. 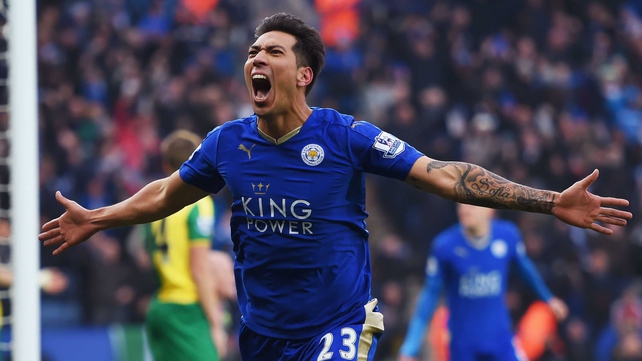 His replacement, Leonardo Ulloa (above), scored twice as Claudio Ranieri's side temporarily moved eight points clear at the top with a comfortable victory.

Second-placed Tottenham's 1-1 draw with West Brom on Monday closed the gap to seven points but their failure to win means Leicester only need three points from their final three games to take the title. 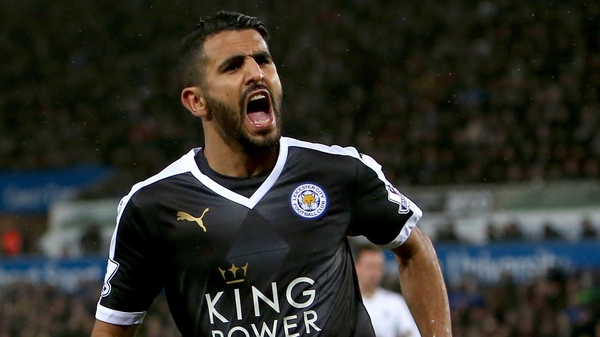