Tottenham Hotspur boss Mauricio Pochettino has refused to give up on Spurs’ title challenge – even though Leicester can seal the title with a win at Old Trafford on Sunday.

Pochettino watched his side surrender a one-goal lead at White Hart Lane, drawing 1-1 with West Bromwich Albion on Monday night and they now lie seven points adrift of the Foxes.

All Leicester need is one win from their remaining three games and that could come at the home of 20-times champions Manchester United at the weekend.

But despite these facts, the Argentinean boss still believes Spurs can win the Premier League.

"It is not over," he said. "The gap is seven points and we have ahead three games.

"It is true that it is very difficult, more difficult than before the game, but we still believe and we are still fighting.

"We have to hope Leicester drop points and we get three points at Chelsea (next Monday).

"It is important to still fight. The objective is still there, it is more difficult than before but the gap with Arsenal and Manchester City (in fourth and third) is five points and we need to keep this gap but it is important to win in case Leicester drop points so we can win the title." 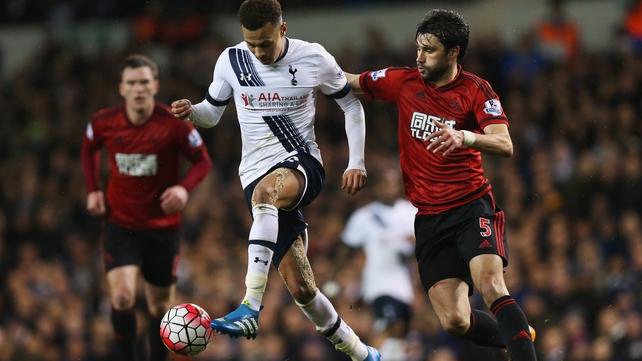 Pochettino could yet lose PFA Young Player of the Year Dele Alli (above) for the title run-in after footage seemed to show him aim a punch at the midriff of West Brom midfielder Claudio Yacob during the first half.

The 20-year-old had been upended twice in the early stages by Yacob and seemed to react as the two came together in the penalty area.

"I hear some comments but I have no time to see the action," added Pochettino.

"Sometimes the opponent finds him and tries to provoke, they know he has a strong character and may react.

"I don't know what has happened, we will see. I have nothing to comment now but Dele has a strong character if you wind him up."

Meanwhile, title-chasing Leicester are likely to be without leading scorer Jamie Vardy at Old Trafford on Sunday. 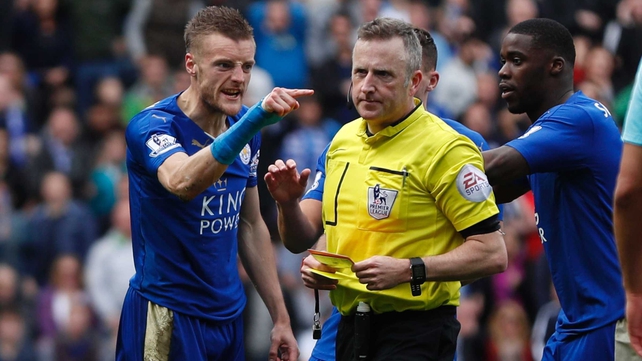 Reports suggest that the 29-year-old has received an additional one-game ban following his furious reaction to a red card during the 2-2 draw with West Ham on April 17.

He already the 4-0 win over Swansea, but after accepting a Football Association charge of improper conduct an independent regulatory committee has handed down a further game's suspension.

That means Vardy will miss his side's trip to Old Trafford where victory would seal one of the most unlikely title wins in English top flight history.

The England international saw red against West Ham in controversial circumstances after receiving a second yellow card for diving from referee Jon Moss, who was then confronted by a furious Vardy (above).

That reaction earned him the charge of improper conduct, which he accepted but requested a personal hearing in a bid to try and persuade leniency.

Vardy, who has also been fined £10,000 by the FA, will be available for Leicester's final two games of the season against Everton and Chelsea 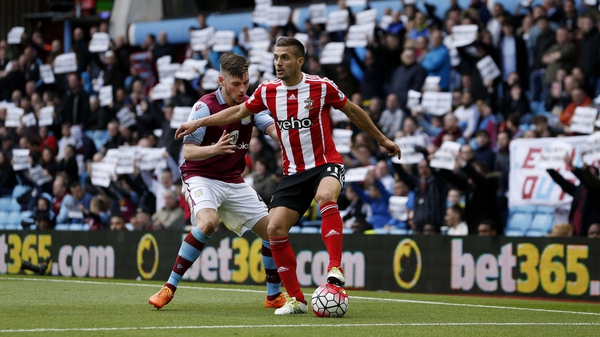