Seamus Coleman limped out of Everton's 1-1 draw with Southampton with what appeared to be a hamstring injury.

The Republic of Ireland full-back was replaced 53 minutes into the Goodison Park clash, with both club and country hoping it was merely precautionary.

"He felt his hamstring and we will assess him in the morning but it will be hard to see him being involved this week as that sort of injury takes longer than a week," said boss Roberto Martinez.

The Toffees problems at home continued as their inability to hold onto a lead cost them a much-needed home win ahead of a pivotal week and led to one disgruntled fan confronting Martinez on the pitch after the game.

Defender Ramiro Funes Mori went from hero to villain in the space of eight second-half minutes as his missed tackle allowed Saints striker Sadio Mane to cancel out his earlier goal.

Discontent at their underachievement has been growing on the blue half of Merseyside in recent weeks with Martinez the target of increasing criticism.

That eventually manifested itself in a late second-half pitch invader remonstrating with stand-in captain Leon Osman before aiming a volley of abuse at Martinez - who stood unmoved in his technical area - before being led away.

Everton have not won at home in the Premier League since early February and have managed just four victories at Goodison in the last 12 months, taking 17 points out of a possible 51 this campaign.

It was far from the ideal preparation for a midweek Merseyside derby across Stanley Park followed by a make-or-break FA Cup Wembley semi-final against Manchester United.

Injuries - top scorer Romelu Lukaku and Ross Barkley were left on the bench while Aaron Lennon, Tom Cleverley, Leighton Baines and Gareth Barry did not even make the squad - influenced Martinez's team selection as he made six changes. 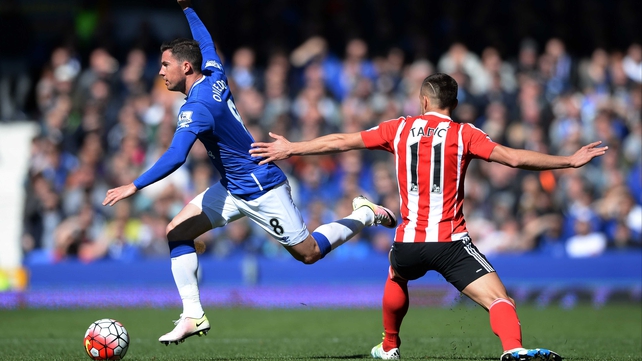 Darron Gibson made his first league start in 13 months while academy youngsters Callum Connolly and Tom Davies were handed their senior debuts late in the second half.

But Martinez's team played like they were either worried about injuring themselves or unconcerned because they knew they would not be involved in the key games.

It contributed to lacklustre game which Southampton dominated with their control in possession and work-rate without the ball, which meant even when Everton were allowed to counter-attack it was almost instantly snuffed out.

The visitors played within themselves, almost waiting for the Toffees to make an inevitable mistake, but still hit the woodwork twice from Dusan Tadic's hooked volley and Shane Long's header from a late corner and tested goalkeeper Joel Robles with a Ryan Bertrand free-kick and Cuco Martina's mis-hit cross which almost dropped in under the bar.

Everton's best chance of the first half fell to Kevin Mirallas, whose shot was blocked by Jose Fonte, but even when the Saints captain departed with a head injury the home side could not take advantage.

The howls of laughter from all four sides of the ground which followed Arouna Kone's ambitious attempt at an overhead kick - which he missed by a good yard - was an indicator of the current mood at Goodison Park.

Everton continued to ride their luck after the break with Tadic's deflected shot rebounding off the crossbar but also suffered some misfortune with Coleman's injury putting his semi-final chances in serious jeopardy.

Against the run of play in the 68th Funes Mori reacted quickest to his own header to drill a low left-footed shot through a crowd of players.

The joy was short-lived as Mane stabbed home from close range after Funes Mori missed his tackle, although the Argentina international redeemed himself slightly with an interception to deny substitute Jay Rodriguez a certain goal from Long's cut-back.

Boos briefly rang out at full-time but Everton - and Martinez in particular - have a chance to silence their critics in the next few days. 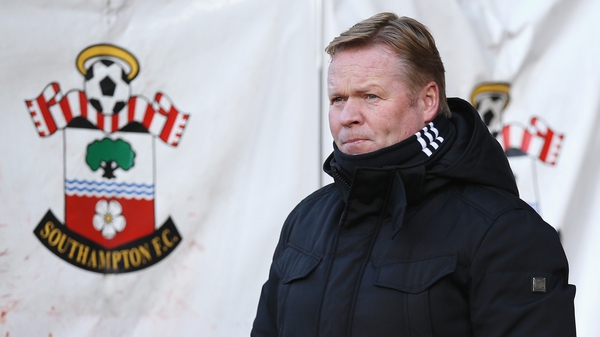