Wes Morgan insists he does not feel any nerves despite being on the brink of claiming an "unbelievable" Barclays Premier League title with Leicester.

The Foxes skipper will lead his side out at the King Power Stadium against West Ham on Sunday knowing victory will move them 10 points clear at the top of the table.

Three wins from City's remaining five games will definitely secure one of the most remarkable top-flight titles in recent memory for a side that only narrowly avoided relegation from the Premier League last season.

The sense of achievement is beginning to dawn on the former Nottingham Forest defender, but Morgan says the job is not done yet.

He told the Daily Mail: "There's still work to be done, but it's a big, big possibility. I can't deny that. It's in our hands. We've got the chance to win the games to make it happen, to finish as champions.

"As a kid, it's all I dreamed about: playing in the best league in the world, becoming a champion and lifting that trophy. So I can see the end, definitely, and I want to make the dream a reality.

"To be in this position is unbelievable. It's everything I've dreamed about. To be at a club like Leicester and saying, 'We could be champions', is incredible. We're not there yet, but we're very close."

Second-placed Tottenham could yet have a say in the title race and, if Leicester lose against the Hammers, they will close the gap to four points with victory over Stoke on Monday night.

The 32-year-old Morgan, though, claims he is not feeling the pressure with games against Swansea, Manchester United, Everton and Chelsea also on the horizon.

He said: "It's surreal now. You're in the moment and you're just kind of going along with it.

"When it's all over, maybe it'll dawn on me. There are no butterflies though, that's just the way our team are. It's more like, 'Let's do this'.

"I know there are going to be some twists and turns before the end of the season and I need it to be mathematically certain before I can give that final tick: champions." 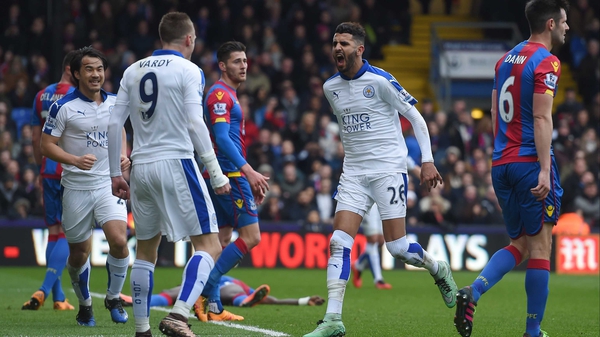 Leicester trio on PFA player of the year shortlist