City knocked out Paris St Germain in the quarter-finals thanks to a goal from Belgian midfielder Kevin De Bruyne which secured a 1-0 victory at the Etihad Stadium and sent the Premier League side through 3-2 on aggregate.

Madrid recovered from a 2-0 first-leg defeat by Wolfsburg to progress to the last four following a hat-trick by former Manchester United forward Cristiano Ronaldo.

City will be at home in the first leg on April 26/27 before heading to the Bernabeu a week later.

The other semi-final will see Atletico Madrid, who knocked out Barcelona, take on Bayern Munich, managed by Pep Guardiola in what will be his final season before taking over at City next season.

Pellegrini was manager at Real Madrid from 2009 to 2010, during which time the likes of Ronaldo was bought from Manchester United for #80m, along with Karim Benzema and Xabi Alonso.

The Chilean, though, was sacked after just one season, and replaced by Jose Mourinho, following early elimination from the Champions League and also losing out on the domestic championship to Barcelona.

City have played Real Madrid in the Champions League group stage of 2012/2013, with the Spanish giants winning 3-2 at home while it finished 1-1 in Manchester.

Bayern and Atletico faced each other in the 1974 European Cup final, which the Germans won 4-0 following a replay. 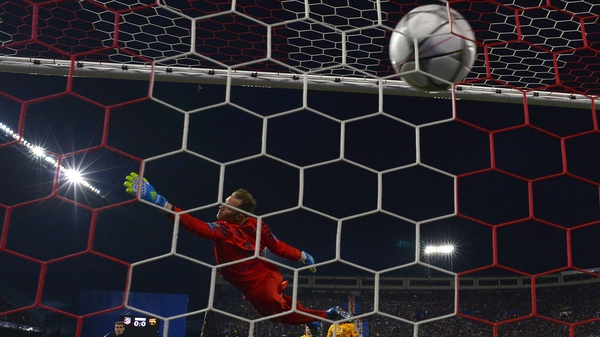