Portland defender Nat Borchers turned the ball into his own net with six minutes left as the defending Major League Soccer champions were held to a 1-1 draw with Los Angeles Galaxy on Sunday.

Fanendo Adi took a pass from Diego Valeri before slotting home to put the Timbers ahead in the 52nd minute, and that goal looked as if it would be enough until Borchers tried to clear a cross from Galaxy's Sebastian Lletget and scored an own goal.

Portland have now won just one of their first five games and are second from bottom in the Western Conference.

Galaxy, who lost defender Robbie Rogers to a hip injury in the eighth minute and were without injured duo Robbie Keane and Steven Gerrard, are fourth in the West.

In the day's other games, Seattle defender Chad Marshall scored in stoppage time to earn the Sounders a 1-1 draw with Houston Dynamo, while New York City FC and Chicago Fire played out a scoreless draw.

"It was tough to break them down," Marshall told reporters after scoring his first regular season goal in 55 matches.

"I'm glad I could get up there, throw my body around, and got one." 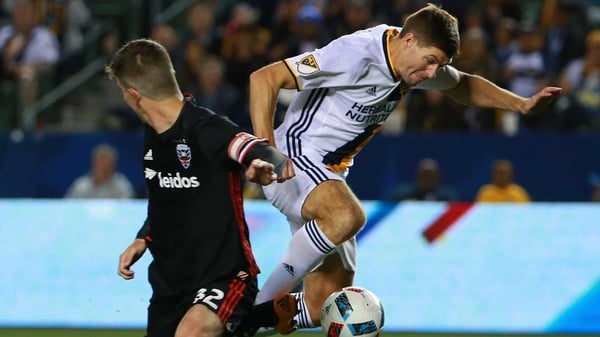