A much-changed Liverpool side avoided a Europa League hangover with a dominant 4-1 victory over Stoke.

Alberto Moreno's fine opener was cancelled out by Bojan Krkic but Daniel Sturridge restored their lead before half-time at Anfield and two goals from half-time substitute Divock Origi capped the best week of his Liverpool career.

Jurgen Klopp made seven changes from the team that drew 1-1 in Dortmund with Thursday's second leg in mind.

Two were enforced, with Jordan Henderson's knee injury ruling him out for the rest of the season and Emre Can suspended. Kevin Stewart and Sheyi Ojo made their first Premier League starts while Roberto Firmino and Sturridge were given the chance to impress in attack.

It took Liverpool only eight minutes to break the deadlock but the source was somewhat unlikely given Moreno had not scored since December 2014.

Stoke gave the Spaniard all the time in the world to pick his spot after James Milner had found him with a short free-kick and Moreno lashed his effort into the far corner from 20 yards. 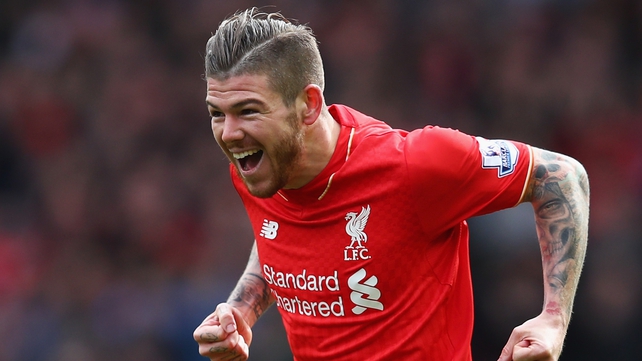 The visitors did not get going until the quarter hour mark but scored from their first chance in the 22nd minute.

Xherdan Shaqiri, back after a month out injured, curled a free-kick into the box after Martin Skrtel had fouled Peter Crouch and it was the smallest man on the pitch, Bojan, who flicked in the header - Stoke's first Premier League goal at Anfield.

Liverpool have been better at defending set-pieces recently but this was back to the bad old days as Bojan was given the freedom of the penalty area.

The Liverpool defence seemed preoccupied with the threat offered by Reds old boy Crouch, who thought he had scored on only his second Premier League start of the season but his header was ruled out by an offside flag.

At the other end, Sturridge shot just wide, but the striker did not have long to wait.

The England man has much to prove for club and country and was given the simple task of nodding in after Ojo, having switched from right to left, tricked his way past Shaqiri and dug out a perfect cross to the back post.

If Liverpool looked lively in attack, in defence they were very shaky, and from another free-kick Ryan Shawcross headed just wide. 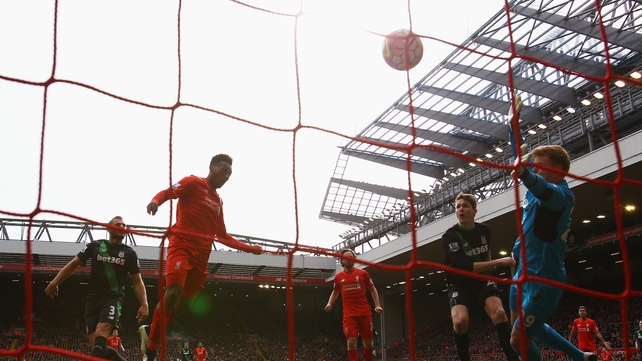 Gianelli Imbula then tested Simon Mignolet with a low shot as the first half drew to a close. It was a surprise to see Ojo replaced after an impressive half but less than five minutes after coming on Origi rose unchallenged to head in Milner's cross.

Liverpool were almost gifted a fourth moments later as Erik Pieters' clearance hit Roberto Firmino but the ball landed on the roof of the net with Jakob Haugaard beaten.

Neither defence looked comfortable, and Mignolet was called on to keep out Geoff Cameron's header from another Shaqiri free-kick before Haugaard pushed Firmino's shot behind.

Origi had certainly made an impact since coming on and in the 65th minute he put the game out of Stoke's reach.

The striker picked the ball up wide on the left and drove into the area before curling the ball just inside the far post.

The Belgian may well have been intending to pick out Sturridge but could not have placed it better.
With the points settled, the game petered out, but there was a welcome return for Lucas Leiva as a late substitute after six weeks out injured.

The result lifted Liverpool above their opponents into eighth place and with games in hand on those in front of them. 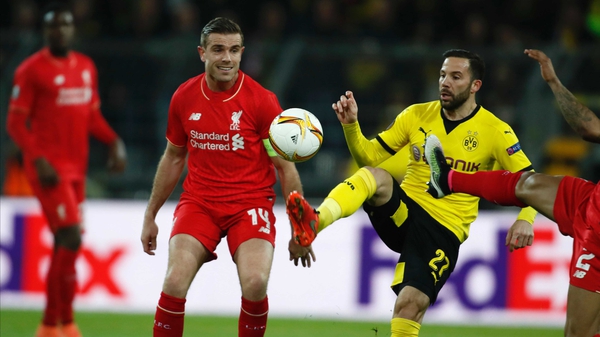 Jordan Henderson out for remainder of season