Palace had lost nine of their last 14 games - and six straight at home - but Puncheon's curling effort surely means the Eagles, 16th on 37 points, are clear of relegation danger.

It is 20 years in May since Norwich last won at Palace - six draws in 14 matches - and their failure to get a point meant Aston Villa survived for another day.

The loss also means Alex Neil's 17th-placed side can still join Villa in being demoted, piling more importance on next Saturday's clash with Sunderland.

The Black Cats are four points behind Norwich, but have two games in hand, the first against leaders Leicester on Sunday.

Norwich, who had beaten West Brom and Newcastle in successive games, may feel aggrieved after a first-half challenge from Damien Delaney on Matt Jarvis.

They appealed in vain for a penalty, but the fact referee Michael Oliver's decision was a key talking point only showed the poor quality of the contest, even if it was settled by a fine goal.

Norwich lost Timm Klose, one of the goalscorers in the win over Newcastle, to an apparent ankle injury after 40 minutes.

The Swiss defender had earlier tried to play on Palace's nerves and unsettled Wayne Hennessey by his mere presence.

Palace last won in the league at Selhurst Park on December 12 against Southampton. Rather than pounce upon the anxiety, it infected the Canaries.

One of the few Norwich players who showed confidence was Martin Olsson, who scored the stoppage time winner against the Magpies.

The Sweden left-back twice coasted by Yannick Bolasie, inducing a booking on one occasion, before the Palace winger attacked Olsson.

John Ruddy then struggled to get beyond to reach a corner and Yohan Cabaye's subtle effort deflected wide.

Klose departed on a stretcher after tripping Dwight Gayle as Palace launched a counter.

Dann prodded over at the back post following a corner and Bolasie blasted over a Puncheon cross as Palace pressed again early in the second half.

Patrick Bamford was booed when he replaced Naismith, having cut short his loan at Palace, and within moments of the Chelsea striker's arrival, the hosts led.

Puncheon cut in from the right, exchanged passes with Joel Ward and then struck a beautiful curling shot. He appeared tearful in celebrating his first goal of the season.

Ryan Bennett forced Hennessey to save soon afterwards before Ruddy twice denied Wilfried Zaha, who had injected pace into the Palace attack and fear in the Norwich defence.

Jonny Howson cleared off the line from Bolasie before Ruddy went up for a corner and a free-kick in stoppage time, but Norwich could not find an equaliser. 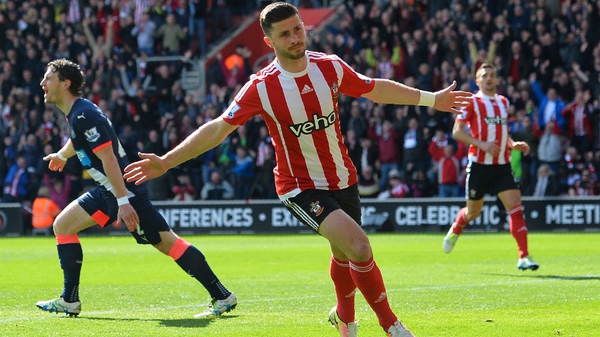 Drop looms for Newcastle after loss to Southampton