Chelsea won 5-0 at Swansea last season on their way to the title, but there were only three survivors from the side which produced one of the real high points of Jose Mourinho's second spell in charge.

Chelsea looked dangerous when Oscar's intelligent runs went untracked, the Brazilian setting up Ruben Loftus-Cheek to fire straight at Lukasz Fabianski before the young midfielder was foiled at the near post by Federico Fernandez's timely intervention.

But the Chelsea defence was an accident waiting to happen with Ecuadorian winger Jefferson Montero, who had not started in the league since St Stephen's Day, tormenting them in the same fashion as he had at Stamford Bridge on the opening day of the season. 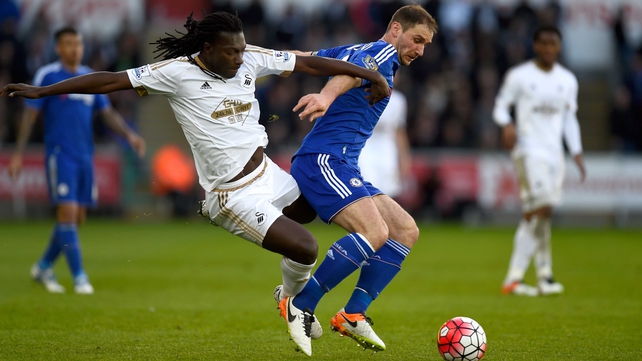 Begovic had to cling onto Montero's deflected effort at the foot of a post before Matt Miazga carelessly conceded possession in the corner.

Montero found Sigurdsson who forced a save from Begovic, but the Chelsea defence was not to survive after Angel Rangel failed to find the target from a promising position.

Again Miazga was at fault as his poor 25th-minute header from Montero fell perfectly to Sigurdsson, who rifled home his ninth goal in 14 games to reward Swansea's superiority.

Sigurdsson almost created a second when Cesar Azpiliceuta turned his cross goalwards and Begovic had to react smartly to save.

Chelsea's defensive wobbles were summed up by a comical mix-up between Begovic and Baba Rahman which almost ended in further embarrassment, but they could have been level on the stroke of half-time.

Oscar made another excellent run behind the home defence but Alexandre Pato skewed the ball horribly wide on his first Chelsea start.

Pato had another clear chance to convert 10 minutes after the break, but his back-heel from Pedro's cross rolled wide of the far post and it was no surprise that the ineffective Brazilian was soon substituted.

Swansea's search for a second saw Begovic push away Jack Cork's thunderous drive and Montero head over a gaping goal after Sigurdsson's cross proved just too high for him to get the proper contact on it.

Fabianski held substitute Radamel Falcao's late effort but Swansea held on for a first league victory over Chelsea since April 1981.

It also ended Chelsea's 15-game unbeaten run in the league and further reduced their hopes of playing in Europe next season. 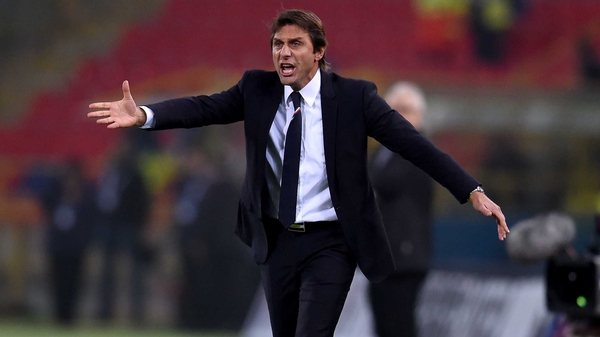