LA Galaxy boss Bruce Arena has allayed fears Republic of Ireland striker Robbie Keane may miss out on Euro 2016 with a knee injury by predicting a return to full fitness within a month.

Ireland’s record goalscorer underwent surgery to address his right knee injury in Los Angeles and there were suggestions the former Liverpool and Tottenham Hotspur striker may be in race to prove his fitness ahead of the tournament in France.

Arena however expects the 35-year-old to be back in action in four weeks.

"He should be fine...in close to a month, he’ll be back to full speed"

“He needed it [surgery],” he told the LA Galaxy website. “He had some loose pieces in his knee and needed to have those removed. It’s a fairly normal [occurrence].

“It’s cartilage and a lot of players have some type of issue with their knees at some point. He should be fine. I’d say in close to a month, he’ll be back to full speed.”

The LA Galaxy striker returned to Dublin for Ireland’s recent friendlies against Switzerland and Slovakia at the Aviva Stadium, but played no part in either game.

Ireland manager Martin O’Neill had expressed no fears for Keane’s fitness ahead of Euro 2016, insisting he had no “real worries” regarding his wellbeing.

O’Neill’s men face the Netherlands in their next friendly assignment on 27 May at the Aviva Stadium before concluding their warm-up programme against Belarus in Cork on 31 May. 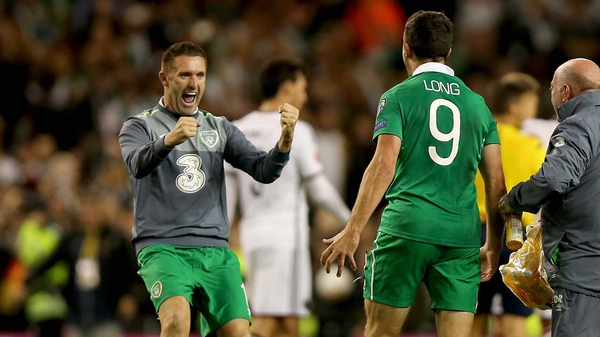