Benfica coach Rui Vitoria accepts his side will have to do it the hard way if they are to progress any further in the Champions League, but has warned quarter-final opponents Bayern Munich against writing them off.

Having reached at least the semi-final stage of the last four editions of the Champions League, winning it in 2013, Bayern are overwhelming favourites to see off the Portuguese league leaders and keep their hopes of a treble alive.

But while Vitoria is well aware of the task facing his team ahead of tonight's first leg in Munich (7.45pm), he insists they are not going to just roll over for the German giants.

"Sometimes the only way to neutralise tougher opponents is to recognise their strengths, be aware that it will be a hard match, and understand that to achieve anything you have to go through difficulties and be ready for them," he told UEFA.com.

"We go into this game knowing our opponents are candidates to win the Champions League, but we won't be backing down."

Benfica can be proud of what they have already achieved this season after reaching the last eight for the first time in four years, but they are not looking to stop there and have a first semi-final appearance in 26 years in their sights.

"We know we've done something the club have not been able to do recently," added the 45-year-old Vitoria.

"Any team that makes this stage won't say they don't want to win the competition. We will think about beating Bayern, regardless of how strong they are, but I am also proud to see this team, in a transitional phase, getting so far in the Champions League with such young players."

While making the last four would be considered a huge achievement in Lisbon, falling at this stage would be deemed a failure for Pep Guardiola's Bayern.

They came close to elimination in the last round, beating Juventus only after extra-time with a stoppage-time Thomas Muller goal saving them from defeat, and they also went down 3-1 to another Portuguese side, Porto, a year ago.

"That should be enough of a warning for us," said Bayern chairman Karl-Heinz Rummenigge (below) on his club's website. 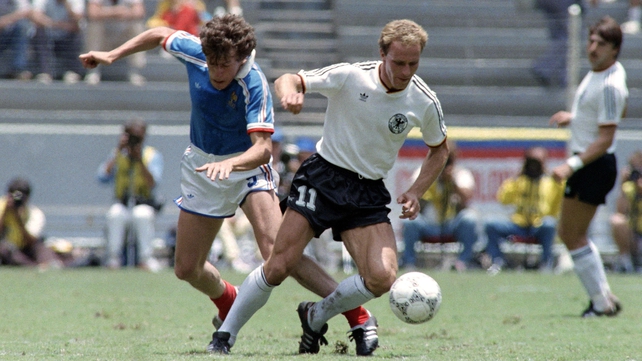 "Just like before the Porto game, everybody was very optimistic and that made the criticism even greater after that game."

Bayern turned the tie against Porto around in Munich with a convincing 6-1 victory, but the Bundesliga leaders would rather not have to come from behind once again.

"We're the favourites and if we play to our ability, then we're going to go through," said Bayern captain Philipp Lahm.

Lahm will be the experienced link in Bayern's defence which has been bolstered by the return to action of Javi Martinez, although Jerome Boateng is still not yet in training.

Arjen Robben misses out due to injury, but Guardiola otherwise has no major injury concerns for the Allianz Arena clash.

Luisao is Benfica's only major absentee and he is set to miss out both home and away with a broken arm. 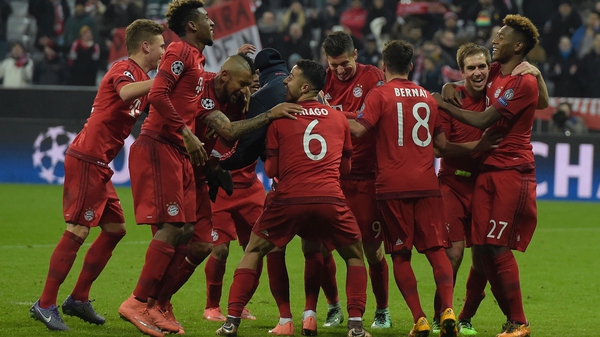